Some days back while I was on my way to attend a friend’s birthday party, a stationery shop with its shutter half-down came to my notice. I wondered why was that shop’s shutter half closed in the broad day light and so went forward to answer my query. But what I saw was beyond my expectation and I was totally shocked. I saw two kids of about 9-10 years were sharing a bottle of beer. 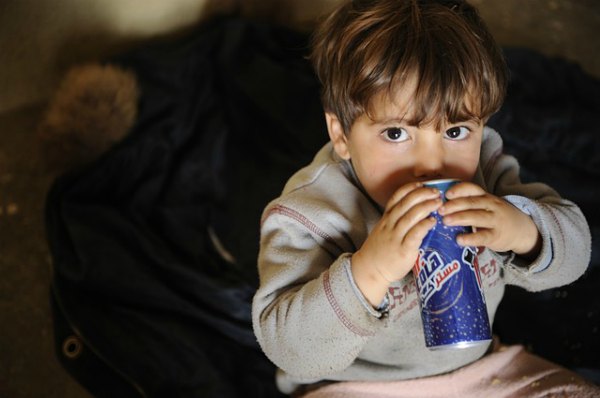 What amazed me further was to see that even after seeing me, the little duo was not scared at all and they continued to cherish the drink. When I asked one of the kids as to who bought them this beer bottle, the little one with a sarcastic smile on his face answered, “We are grown up enough to get it ourselves bhaiya…”. At an age when these children were supposed to have toys or books in their hands, they were holding beer glasses.

Childhood is undoubtedly the most pure and ‘full of innocence’ part of everyone’s life, but it is very sad and a matter of concern to witness kids losing their innocence and getting off-track; perhaps in a drive to attain adulthood even before they cross adolescence.

I came across another similar incident about a year ago. A 4th or 5th standard kid with a school bag on his back asked for a cigarette from a small shop. Another boy of the same age was also with him to have a share. Astonishingly, the shop owner handed over a cigarette to the kid and took the payment. When I told the vendor that you should not sell such adult products to kids, he behaved like I did not even exist. As a matter of fact, some years back I remember having seen a boy of such tender age with a cigarette in his hand, coaching another lad of the same age the ‘art of having a drag’.

These kids may be out of curiosity or in the urge of conquering pre-matured maturity, get attracted to these harmful and extremely “no no” stuffs and end up doing things that their age does not at all permit. As a matter of fact, children learn whatever people around them do and they have a tendency to follow all such actions. In such a case, the guardians should be careful about what they do and what they speak in the presence of these growing kids

But ironically, many a times, parents or other elderly members in the family do smoke, drink or for that matter utter something indecent before the little ones. Television and internet are also very common among children these days and these media do have a big influence. As elders are the first moral builders for the kids, they are expected to be more responsible and sensitive about what their offspring are taking from them or what they (elders) are giving. But the question remains…Are they sensible enough?