How many of you know that the Amarnath Cave was actually discovered by a Muslim?

It was discovered by a Muslim shepherd from Batakot, named Buta Malik, when he lost his flock and found that it had strayed into the sacred spot some 150 years ago.

How many of you know that every year when the yatra commences, it is the descendants of Buta Malik who initiate the Yatra?

That positioned on the banks of the Lidder river, a Shiva temple as old as 900 years is the only Hindu shrine in Kashmir which has Muslim priests?

That the Amarnath yatra is virtually run by Kashmiri Muslims?

From the ‘bam bam bole’ chanting men who run the pony rides and palanquin service, and those who put up the temporary shops offering puja material, tea and food, to those arranging shelter and tents for the yatris, all are Muslims.

And it was a Muslim driver (Sheikh Salim Gafoor) of that ill fated bus targeted by the terrorists who saved 50 lives by driving the pilgrims to a safer spot. 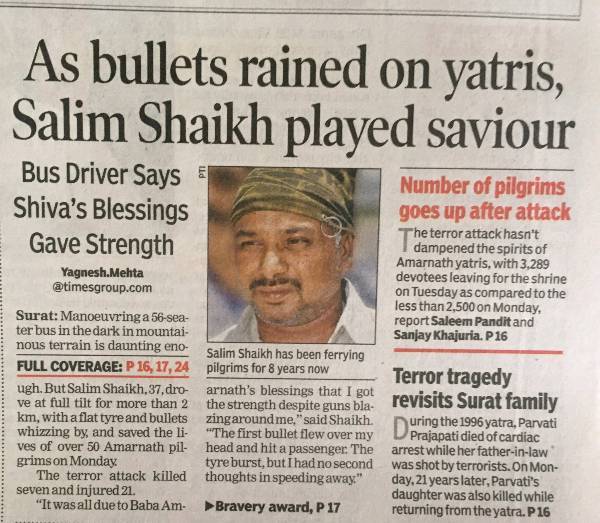 The advocates of hate would try to breach the communal harmony. But your knowledge of history would be handy to spoil their sinister plans.