After hundreds of years, the name of India’s most brutal tyrant, Aurangzeb, has finally been extinguished from the capital of the country.

To sweeten the moment, the fanatical tyrants name was replaced by the name of India’s most loved president. 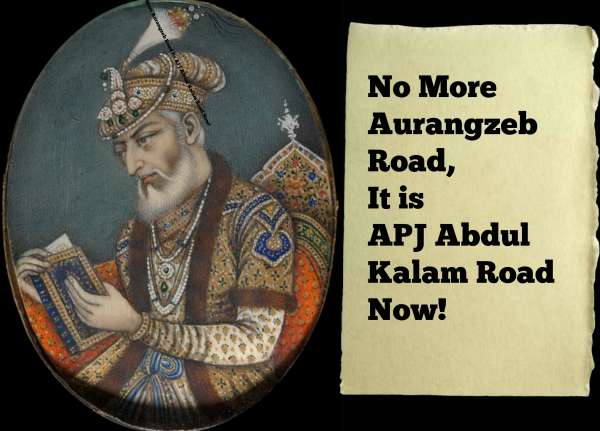 However, surprisingly, the street’s name change from Aurangzeb Road to APJ Abdul Kalam brought great pain to a few so-called ‘liberals’, who cited Aurangzeb as a pious religious man.

Rename a road. But try not to convey a crass, heavy-handed hint to Indian Muslims while you do. If you’re not Kalam, you’re Aurangzeb, eh?

For the record dear #Bhakts – #Aurangzeb was not an invader but very much born in #India in Gujarat. He was v much Indian like @narendramodi

Since many a great men have said that religion is the blood of India, let’s see what values the life of Aurangzeb stood for.

Qualities of a Religious Man?

Aurangzeb’s father, the Mughal Emperor Shah Jahan, fell sick in 1657 and made his favourite and eldest son Dara Shikoh as his regent. Fearing that the throne might go to Dara, Aurangzeb gathered an army and defeated his brother Dara. Even after Shah Jahan’s health improved, Aurangzeb kept him under house arrest and usurped the Mughal Throne. Another brother of Aurangzeb, Shuja, who was governing Bengal and didn’t submit his fealty to Aurangzeb, was crushed by him. Shuja had to run to Arakan and lived the rest of his life as a beggar in the northeast.

Another brother of Aurangzeb was Murad, who was promised half of the empire in return for his support. With the help of Murad and his soldiers, Aurangzeb was able to win the succession war against his elder brother Dara but soon after that, Murad was arrested by Aurangzeb and was locked in the fort of Gwalior, where he was finally executed.

After finally capturing Dara, Aurangzeb tortured him and paraded him throughout Delhi in a March of humiliation and was beheaded before his own sons. There after his headless body was paraded the city to strike fear into the hearts of Aurangzeb’s enemies. 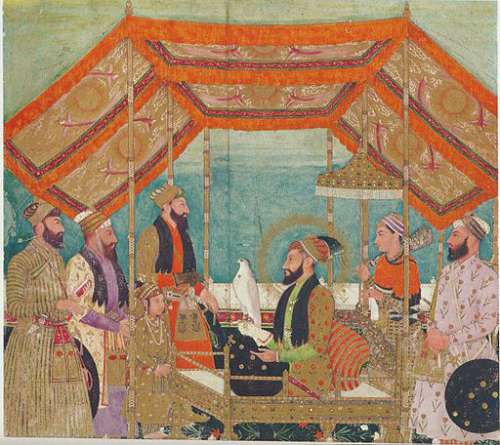 Since many a great men have said that religion is the blood of India, let’s see what values the life of Aurangzeb stood for. Dara Shikou was a liberal in the truest sense of the word. He was a great scholar and tried to find common grounds between Sufism and Vedic Hinduism. He translated Hindu Holy Scriptures into Farsi and was known as a just man, who treated his Hindu and Muslim subjects equally. If Dara would have succeeded Shah Jahan then the Mughal Empire wouldn’t have crumbled so easily, as it did due to Aurangzeb’s intolerance and costly unproductive wars, and might have continued, like the Ottoman Empire, into the modern times.

Shah Jahan died a broken old man but even after his death Aurangzeb declined to honour the dead monarch. Though princess Jaharana pleaded Aurangzeb to allow her and other nobles to take Shah Jahan’s body on a funeral procession, but Aurangzeb coldly declined their request. Shah Jahan was entombed in Taj Mahal without any state honors befitting a Royal Monarch.

Aurangzeb’s reign was plagued with religious intolerance and brutal repression. The harsh treatment of Hindus, Sikhs and the introduction of hated Jizya Tax fueled popular discontent and rebellions.

The Marathas, who were still then only a warrior clan, formed their own kingdom under the leadership of Chattrapati Shivaji and resisted the Mughal attempts at subduing them. To win the Deccan, Aurangzeb initiated a war to subjugate the Marathas but the military brilliance of Shivaji and guerrilla tactics of the Marathas soon turned the conflict into a war of attrition. Though Aurangzeb could not defeat the Marathas but he was able to capture Shivaji’s son, Sambhaji.

After bringing Sambhaji to Delhi, Aurangzeb humiliated him in the royal court and presented him two options – either to accept Islam or be tortured to death. Sambhaji chose the latter. Sambhaji’s eyes were gouged out, tongue plucked out and he was skinned alive. Finally, to end his misery, Sambhaji’s limbs and head were cut off. Such was the brutality of a pious religious man like Aurangzeb.

Aurangzeb paraded Guru Tegh Bahadur in an iron cage and commanded him to convert to Islam, which Tegh Bahadur refused. There after Aurangzeb took three of Tegh Bahadur’s close followers and tortured them to death right in front of the Guru. One follower was sawn right the middle of his body, from head to torso. Another was boiled in a cauldron of oil. The last follower was wrapped in cotton and burnt alive. But all of them stayed true to their beliefs and loyal to their beloved Guru. Even after brutally murdering three of Guru Tegh Bahadur,s followers , the Guru didn’t not accept Aurangzeb’s condition of converting to Islam and the Guru was beheaded.

Aurangzeb, going against the tradition of his Great Grand Father Akbar, reintroduced Jizya Tax upon non-Muslim subjects. He also destroyed many Hindu temples, most notable of them were the the Kashi Vishwanath temple, Kesava Deo temple and Somnath temple. He is also known to have constructed grand mosques in their place. In Khandela, Udaipur, Chittor and Jodhpur Aurangzeb systematically destroyed several temples.

His brutalities also extended to Muslims who were not following his narrow understanding of Islam. Muslims who visited Hindu places of religious discussions were punished. Moreover the Muslims who didn’t not wear proper ‘Islamic Dress’ were also punished. Even the Sufi mystic Sarmad Kashani was executed by Aurangzeb on the charges of heresy.

Ultimately his religious tolerance and fanatical zeal to convert non-Muslims to Islam alienated the majority of his subjects. The expansionist policies of Aurangzeb brought unceasing wars. The 27 year long Maratha wars in the Deccan exhausted his royal treasury and after his death it was the Marathas that expanded rapidly, to form a pan Indian Empire, at the expense of Mughal lands and influence.

Aurangzeb stood for religious intolerance, authoritarianism and tyranny. All these regressive ideas have no place in our Modern Indian republic. In many ways the name of Aurangzeb stands in sharp contrast to all the ideas that APJ Abdul Kalam embodied. Kalam was a great human being, an ideal teacher and a perfect Indian. He is a role model for not only one single community but for each and every one of us. 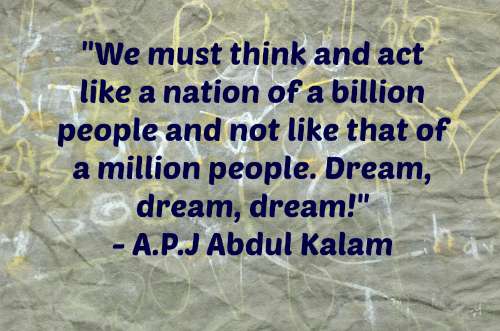 Let us celebrate the renaming of Aurangzeb Road to APJ Abdul Kalam Road. And those who are complaining , I Would say , you are just revealing your deeply ingrained religious fanaticism, intolerance and narrow self- interests which you hide behind the ‘purdah’ of fake liberalism.