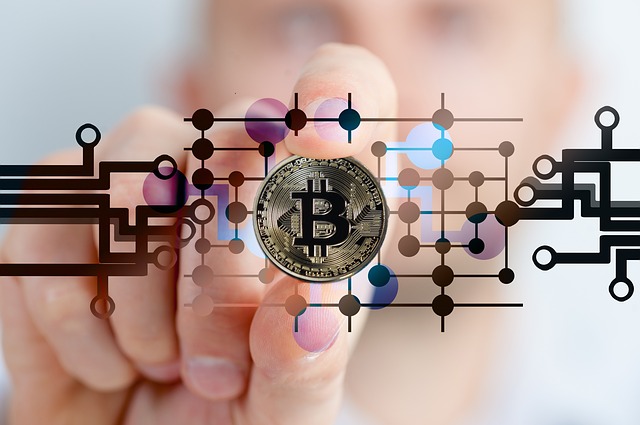 The Chicago Mercantile Exchange will soon begin trading Bitcoin derivatives (futures contracts), signalling the cryptocurrency is now a mainstream asset class. Bitcoin has had limited use in the mainstream economy in part because the volatility of its price. The value of the currency might go up or down significantly between the time a deal is struck and delivery.

The introduction of Bitcoin futures contracts will allow investors to manage this risk, and make it safer to hold and trade in Bitcoin. This will make the cryptocurrency more accessible to individuals and businesses, and encourage developers to build more products and services on top of the technology.

Futures and other derivatives are contracts between two parties to fix the price of an underlying asset (currencies, shares, commodities etc.) over a period of time or for a future transaction. The buyer of these contracts commits to purchase the underlying asset at a set price and at a certain date, and the seller commits to sell.

There are two main uses for these contracts. First, to reduce price risk by freezing future prices. The second use is speculation. For instance, a speculator would commit to buy a commodity/share/currency at a certain time, hoping that the market price at the time of delivery is higher than the price set in the contract.

Airlines commonly buy long term oil future contracts to hedge against the potential increase in fuel price, or to take advantage of what they believe to be a low price.

Similarly, future contracts will enable traders to lock in the value of Bitcoin for a defined period of time. This effectively removes the risk associated with fluctuation in value. In addition, since these contracts will be traded on the Chicago Mercantile Exchange, the exchange effectively guarantees that both buyers and sellers will abide by the agreement.

Read more: Price hikes in Ether and Bitcoin aren’t the signs of a bubble

In 2010, one Bitcoin was worth less than one hundredth of an Australian cent. As of Monday the 6th of November, the price is near A$10,000.

The market capitalisation of Bitcoin is now well over A$160 billion, which is larger than the GDP of most small countries. As the price of Bitcoin has grown, so too have transaction volumes, showing an increasing use of the cryptocurrency.

As a result, Bitcoin is starting to look like a credible investment in any respectable financial portfolio.

Although, this is not the first futures contract for cryptocurrency. Futures contracts already exist for both Ethereum and Monero.

The decision to issue futures contracts on Bitcoin rather than another derivative is also significant. So far Bitcoin derivatives have mainly been swap agreements. A swap is a commonly used financial tool where two parties agree to swap financial instruments, such as interest or currencies. The key point is that the two parties, the buyer and seller, make a deal directly with each other.

As a swap agreement is not done through an exchange, the risk of a party not delivering on the agreement can be quite high. If one party decides to opt out, the agreement has to be terminated. This leaves the other party exposed.

Futures contracts eliminate this “counterparty” risk, as the exchange clears the transaction and guarantees delivery. And unlike swaps, futures contracts are standardised (in term of size, how much is going to be traded, and maturity date etc.). This means futures contracts can be traded at any time until maturity, making them very liquid and accessible.

Read more: Taking Bitcoin to the stockmarket won’t do much for its risky image

The lack of a futures market in Bitcoin was a significant barrier to it becoming a mainstream asset class. You can buy and sell forward contracts on the Fijian dollar, for instance, meaning that institutional funds anywhere in the world can hold Fijian dollars in their portfolio and manage the risks of that asset.

But they cannot yet do that with Bitcoin. Until now, there has been no way to offload the risks associated with fluctuating prices. An investor could always hold the cryptocurrency, but they would do so fully exposed to price volatility.

The introduction of Bitcoin futures contracts will allow traders to hedge against this volatility and eliminate the currency risk. This will make Bitcoin more attractive for both individuals and corporations.

As crypto-assets become a mainstream investment class, other products emerge around them (such as exchange traded funds). It will also have a similar effect to that of mainstreaming share ownership – enabling a much larger fraction of the population to diversify their asset portfolios and income streams.

This will unlock some of the value currently being built on cryptocurrencies and blockchain technology – new products and services – that are currently only accessible to a relatively small number of the early enthusiasts and those helping build the technology.

The increased flow of investment funds into Bitcoin will likely push prices up further, but it will also incentivise more work to build products and services on the technology. Bitcoin just went mainstream.