In the 8 year leap of Chandra Nandini, we see how the young boy takes his step mom Nandini to a huge mountain and pushes her through a cliff. While, it is a part of a fictional drama, it is rather shocking to see a young boy doing so. 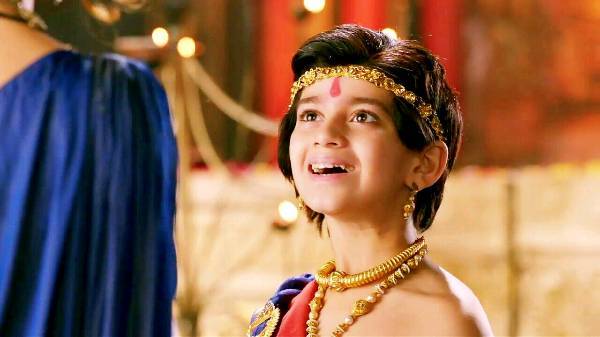 Moreover, the young boy is the second ruler of the Mauryan Empire, Bindusara, who left a good legacy. Isn’t it unnecessary to show a young Bindusara plotting to kill his mother even though a step one?

Bindusara Pushing His Step Mother Through a Cliff is Purely Fictional

Bindusar grew up without the love of his mother as  Durdhara died right at the time of his birth. Now that Chandragupta didn’t remarry until in his 40s, it is understood that Bindusara had no influential female figure in his life.

Going by his life, it wouldn’t be unfair to show a motherless child pushing his another mother from a cliff? Isn’t that character assassination of the historical figure? Besides, don’t you think it is unnecessary as it gives a wrong impression to all the kids watching?

Although plotting and killing has been a part of the imperial history but showing an innocent prince killing his stepmother is not only factually wrong but also unnecessary.

Back then, conspiracy of killing mainly happened for the throne even then nobody harmed the females. And here we see a small kid Bindusar is throwing his step mother Nandini to take a revenge of his mother’s death.

It is indeed disturbing to see such instances on TV especially when it is nowhere near to the actual history of the life of Bindusara. Writers of Chandra Nandini should rather stop exaggerating fictional aspects in order to create twists and turns. What do you think?