In today’s world Condoms have become one of the most used contraceptives all over the world. For most couples it has become an integral part of their sex life.

Despite being universally popular, Condoms are still a taboo in many conservative societies. Due to this, information related to condom and safe sex is not widespread, especially among the young adults. 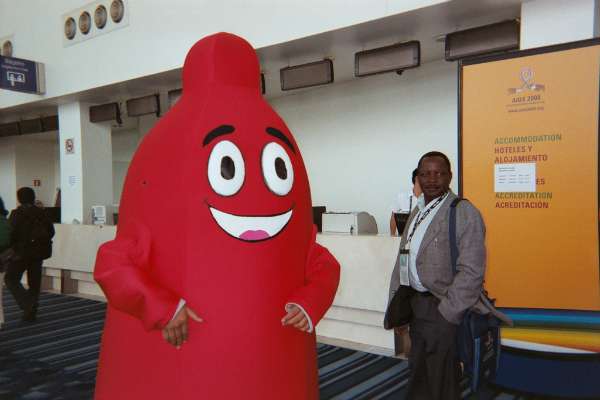 And when a first time buyer of Condom , which is more than often a young adult, ponders upon what condom to buy, he  remains clueless and is generally forced to use the ‘trial and error‘ method.

Apart from lack of information regarding condom, in a country like India, one also has to fight the nervousness that emits out of the fear of being discovered by a relative or family friend while asking for a condom in a store. Nobody wants a fat middle aged ‘uncle’ near the counter asking “Are you Mr Sharma’s Son?” and catching you red handed with a big pack of condoms in your hand. So you see buying a condom is not exactly taking a stroll in the park. So here are the necessary information and tips that you should keep in mind while buying condoms.

Condoms are something which is very private and intimate. One has to ‘wear’ it and as such it is like your cloth, well if not for the guy then for his ‘manhood’. So you should better take care of the little guy’s comfort while he is working out hard down there. Just like you give utmost importance to your cloth’s material, similarly you should care about the material of your condom. Condoms have mainly three kind of material.

Latex – Condoms made out of latex are the most common ones. Most of the condoms you will find are latex condoms. These condoms are cheap and efficient at preventing STDs (sexually transmitted diseases). Everything is fine with latex condoms but only if you and your partner are not allergic to latex. Yes there are people who are allergic to latex and as such they can’t risk wearing condoms made of latex. If you are allergic to latex then there is no need to be panic. You will still get to have fun without risks because there are many other types of condoms out there. Thank Goodness!! Huh?

Polyurethane – These non latex condoms are more durable and thicker than the latex ones. These condoms tend to heat up to one’s body temperature and as such it gives an irresistible feeling of not wearing any condom. It negates the artificial feeling or the lack of sensitivity that is associated with condoms which is a deal maker for many men who hate the artificial feel of latex. But before you cheer up let me tell you that these condoms are pretty expensive. Aye… Nothing comes without a price.

Tactylon – Tactylon condoms are expensive and hard to find. But they have better elastic and can perfectly fit any size. These are the ‘free size’ cloths of the condom world and these will fit all irrespective of size. So you see when it comes to Tactylon condoms ‘Size doesn’t matter’.

Lamb Skin – Yes you read it right. There are condoms made of lamb skin. It gives a natural feel and has no allergies that are associated with latex condoms. One negative aspect of Lambskin condom is that it doesn’t prevent the transmitting of STDs. It is strictly for people who are in a committed relationship and have no STDs. So make sure you never try to play a Casanova or playboy armed with a lambskin condom.

while it is a fact that size doesn’t matter in impressing your ladylove in bed but when it comes to buying the right condom, size really does matter. Most condoms are made for average sizers i.e. between 4-7 inches. But if you are smaller or bigger than that then there are both small and large sizes respectively. If you are close to or bigger than 9 inches then go for the XL size.

There are different types of condoms based on their texture and lubrication. But without trying some condoms first there is no way of knowing which will suit you the best. So first buy a condom based on your size and choice of material and later you can experiment with texture and lubrication. One can use their own choice of lubricants on condoms. Make sure you never use oil based lubricants on latex and lambskin condoms. Water and silicone based lubricants are much safer and can be used on all types of condoms.

Nowadays going to a condom Shop is pretty much like visiting an ice cream parlour. There’s so many flavour!! If flavour excites you and is pretty important for you and your partner then choose your first condom according to your favourite flavour but just make sure you get the size and material right. There’s no point  of flavour if you can’t wear it comfortably.

From where to buy Condoms?

If you are shy or nervous about buying a condom from over-the-counter drug shop then you can try online sites like condombazaar.com. You can get various types of condoms based on material, texture, color and lubrication at the e-commerce website You don’t need to worry about the product name (Condom) in the parceled package as the claim that they don’t display the product details on the parcel cover. Even the name of the website won’t be there on the parcel. So if the fear of receiving a package, with the word CONDOM written in bold, in front of peering aunties and over curious onlookers was bothering you then you can relax now.

Websites like condombazaar.com offer a discreet and safe source of buying not only condoms but different accessories like sprays, gels, contraceptive pills a. So you see? one can easily spice up their sexual life without the trouble of asking for condoms and other accessories to an elderly storekeeper in the local drug store. Such variety and options you won’t find in drug stores and super markets and so I would suggest that you give online shopping a try.

So that pretty much sums up everything that you need to know before you buy your first condom. Make sure you read the instructions on the condom pack properly before using one and always engage in consensual and safe sex. That’s it folks, wishing you all a happy condom buying Spree!