The nation is going to be converted into “Digital India” post demonetization – this is what PM Narendra Modi is claiming and whether this political statement is correct or half correct that’s now being globally debated by many dignified people like Amartya Sen to Chidambaram.

The so called economists and bankers are having their own differential opinions on this issue. But I feel we are not living in the 21st century India rather we are going back in eternal time to Mahabharata age and may be Stone Age if I am wrong. 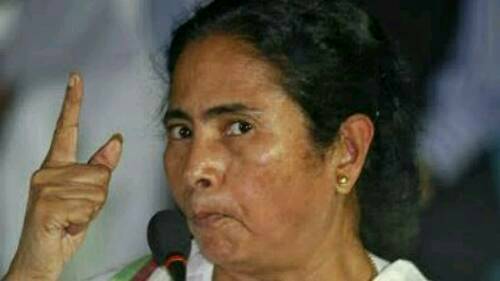 Without wasting much of our readers’ valuable time, I will go for a cut–to-cut answer to this situation. Like Duryodhan, the BJP backed Dilip Ghosh would have dragged Mamata Banerjee by her hair just because the cops of New Delhi are now labeled as “Hamari Police”.

As per Ghosh, didi has lost crores of money due to demonetization and that’s why she has gone mad. This kind of anti-woman statement should be condemned first. Hence it’s a moral degradation of a national party like BJP.

Similarly, Nurar Rehaman Barkati – Imam – Tipu Sultan Mosque, Kolkata has now issued a fatwa on Dilip Ghosh and this kind of Islamic threatening was also earlier given to Salman Rushdie and Taslima Nashreen.

Now there is a war going on between Modi et al. Verses anti-Desh bhakts. I am now confused who is really patriotic – Mamata or Modi? It’s really very difficult to decide all these things in this country.

During 1993, Mamata had done many things like dragging a rapist in the Secretariat. Jyoti Basu had once criticized and compared didi with sluts or whores of Sonagachi. Now didi is still there standing tall as a winner.