There will be hardly any TV viewer who hasn’t been mesmerized by Asha Negi. Cute, bubbly and very sweet, the Indian Idol 2 host has been entertaining India from quite some years now. Here we share her journey and some interesting aspects, both from her career and personal life. 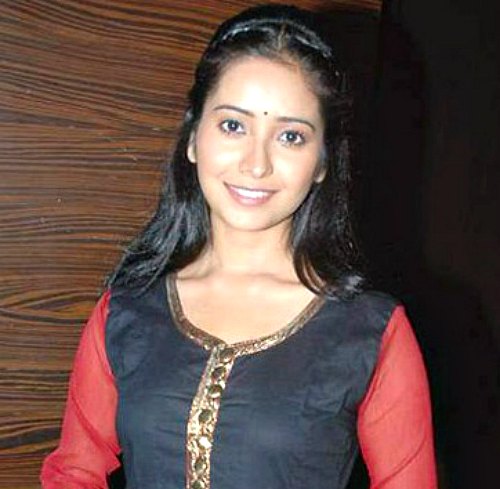 Image Courtesy: By http://www.bollywoodhungama.com, via Wikimedia Commons. Direct Link Of The Image – BollywoodHungama

In 2009, Asha Negi Won the Title of Miss Uttarakhand

Asha Negi comes across as a very talented actor in the TV industry. However, let me tell you this pretty girl actually started her career as a model. While, in college, Asha participated in the beauty pageant and even went on to bag the title of Miss Uttarakhand. This is how she became a model and started modeling. She did various shoots and commercial ads for various companies.

She Was Born and Brought Up in Dehradun

Born on 23rd August 1989, Asha Negi did both her schooling and college from Dehradun. While, she attended St. Mary’s High School, she did her B.Com from DAV College of Dehradun.  She later shifted to Bangalore. Here she worked in an agency dealing with Tours and Travels.

Asha Negi is from an affluent family. However, when she came out from Dehradun to Bangalore, she once did a call center job. The job gave her merely Rs. 4000. This was temporary and for a very short period of time. Eventually, she moved from Bangalore to Mumbai to pursue her dream of becoming an actor.

She Made Her TV Debut with Sapnon Se Bhaare Naina

No, Pavitra Rishta was not her debut serial. She first did Star Plus’ Sapnon Se Bhaare Naina which aired between 2010 and 2012. Here, she was seen playing the role of Madhura. Next, she bagged Balaji Telefilms’ popular show Bade Ache Lagte Hain. Here she was seen as Apeksha Kapoor – Ram Kapoor’s biological sister.

As a Leading Lady in Pavitra Rishta…

Purvi Deshmukh  (later Purvi Kirloskar) played by Asha Negi in Pavitra Rishta was so much loved by the TV viewers, that few watched the long-running serial only for her. It was in this serial only, Asha met Ritvik Dhanjani  (Arjun Kirloskar) her co-star and love interest in the serial. Their chemistry was so brilliant in the show, that the two not only received several awards and appreciations from the viewers, but soon news started circulating that they are dating in real life as well.

TV Viewers Brought Asha and Ritvik Together, both Onscreen and Off screen

When Ekta Kapoor drifted the couple apart in Pavitra Rishta, the Arjun – Purvi fans signed an online petition to bring the couple back together onscreen. This was before when the two were dating each other. However, fans appreciated the couple wherever they went even individually. For instance, once a small boy came up to Ritwik and started talking about Asha, and asked him to give his regards to her. These little-little things clicked somewhere and the two started dating. No wonder, it was the best news for the Arjun and Purvi fans, and trust me it was a good decision. Look, how pretty they look as a couple and how much love they replicate every time they are seen together.

Nevertheless, their love and chemistry shined even on the dancing stage and they were declared the winners of Nach Baliye 6 by the junta janardhan who voted for them like crazy.

Some of Her Favorites:

Her favorite TV star is Ram Kapoor. Lucky girl, she even acted him in her second serial with him by becoming his sister. Her favorite Bollywood star is John Abraham. Asha Negi is madly in love with him. She loves Shopping and is a complete foodie. Her favorite dish is rice and Bengali fish. Pink and blue are her favorite colour, and her favorite person with whom she loves to spend time, get naughty and go on a date is none other than Ritvik only…