Ukraine, which a little more than a year before was a united country, now stands divided. Its entire Crimean peninsula has been annexed by Russia, albeit with a popular referendum. A full scale civil war is being fought between Ukrainian forces and the pro-Russian insurgents in the Donbass region of Ukraine. The Country is in a precarious state. More than 5000 people have been killed so far and 1.5 million have been displaced in the Ukraine Civil War but the question is who is to be blamed? 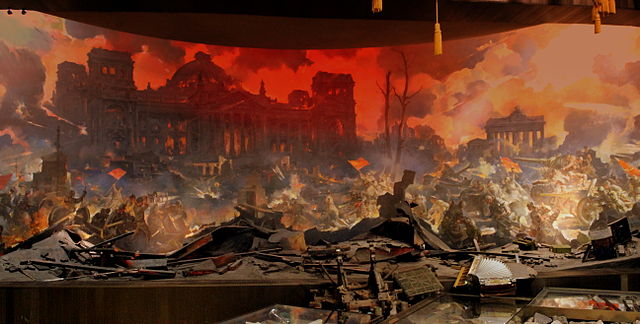 The Root Cause of The Ukraine Civil War

The origins of the Ukraine Conflict lies in the rivalry between the US and the Russian Federation which many optimistically hoped will de-escalate with the end of Cold War. But the Cold war never really ended. With the breakup of the Soviet Union, the US became the preponderant power in the world and it expected Russia to be more like the defeated Germany and Japan of the post 2nd World War Era. The Clinton administration tried hard to maintain strong leverage over Russia and this in turn pushed the Yelstin administration of the new Russian federation move further away from the US to maintain its Independent foreign policy.

Many countries in the Eastern Europe which were  behind the iron curtain during the cold war period rushed to embrace the new capitalist model of US and the western Europe. The previous domains of the Russians were slowly moving away from it and into the American Sphere of Influence. Gradually these countries entered into alliance with the US and its partners.

In 1999 Poland, Czech Republic and Hungary joined North Atlantic Treaty Organization(NATO). Bulgaria, Romania and the Baltic Countries also joined NATO in 2004. Even after the end of Cold War and the Warsaw Pact, NATO has been kept alive. It was not just alive but it expanded at a rapid speed and the NATO borders kept creeping closer and closer to the Russian borders. The Russians were losing strategic space but at least they had Belarus and Ukraine as buffer zones.

Ukraine has always been closely connected with Russia. They have common religious, lingual, cultural and racial links. It was along with Ukraine and Belarus that Russia created the Commonwealth of Independent States in aftermath of dissolution of Soviet Union.  In Ukraine 17 percent of the population are ethnic Russians. Ukraine served as one of the few buffer zones that separated NATO countries from Russia. But even Ukraine was not out of  sight of US and its western allies.

The market of Ukraine with its 44 million people along with its huge tracts of fertile lands that can feed Europe for generations could become a very lucrative addition to the European Union and when you add the geopolitical angle to it then it becomes an even more fruitful proposition for the US and its NATO allies. It was with these motives that EU was trying hard to get an association agreement with the pro-Russian president of Ukraine – Viktor Yanukovych. And when the talks broke down and Yanukovych signed a similar agreement with Russia, the Euromaidan protestations started in favor of an agreement with the EU.

The Euromaidan protests were, allegedly, financed and supported by the EU countries and the US. These protests, which had substantial numbers of far right fascists involved, turned violent and ultimately the President Yanukovych had to run to Russia for his own safety. The unlawful removal of Yanukovych and the coming of power of Pro EU faction brought Ukraine right into the arms of US and its European allies. Thus what the EU and the US could not do legally, they achieved it through subterfuge.

But what the US and its European allies misjudged is the intensity and force of Russian reaction. Ukraine is not Poland, it is not Romania, it is not Latvia but it is a land which is organically related to ‘Mother Russia’. It is the last major buffer zone that kept NATO away from Russian Homelands. Ukraine has sizable Russian population and its lands in Crimea, to which Russia had access to, is crucial to Russia’s Black Sea fleet. With Ukraine out of Russia’s area of influence, Russia can never be secure.

Ukraine’s alignment with the EU and the US can be compared to the hypothetical situation of Mexico joining an alliance with Russia. How would have US reacted then? I reckon US’s reaction would have been stronger and more decisive than that of Russia.

Russia had a right to intervene to safeguard its Russian brethrens in Ukraine and to secure its military bases.  With Ukraine’s entry into the US’s sphere of influence the ethnic Russians find themselves out of Russia’s protection and Russian bases were in danger of being blockaded by the Ukrainian forces. It was imperative for Russia to intervene and secure its interests. The pro-Russian referendum in Crimea and it’s annexation into Russian Federation points to the pro Russian sentiments in the Eastern Ukraine where ethnic Russians form the majority.

Now Russia is supporting the Pro-Russian insurgents and separatists in Donbass region to keep their stakes in Ukraine alive and to protect the ethnic Russians in cities where the Ukrainian forces have carried out indiscriminate artillery shelling that destroyed whole neighbourhoods. And the US is so engrossed in defeating Russia that it is overlooking the excesses done by the Ukrainian Army and is totally ignoring the far right fascist elements in Ukraine civil war. Even Nazi swastikas can be seen painted on Ukrainian Tanks and helmets but the US is acting blind.

The Ukraine Civil War has been brought to Ukraine by the US and their allies. If they would not have provoked Russia or scraped off Russia’s strategic space then there would have been peace now. The ultimate cause of this terrible crisis is the US’s strategy of constantly cornering Russia by expanding NATO toward the Russian frontiers. The US claims Russia is destabilizing Ukraine to maintain its sphere of influence, but then, it is the US which has been constantly increasing its own sphere of influence in Europe.

Never in the world’s history did an alliance grow so much for so long as US-led NATO did. NATO has spread throughout the world and is now knocking at Russia’s door. Don’t blame the bear if it comes out of the door and swipes its claws.