Although Alexander the great is widely known as the son of Philip II, post the death of Philip and before Alexander marched his journey towards the east, his mother Queen Olympias had another story to tell. Well, much to Alexander’s surprise she claimed that the father of Alexander is not Philip II but Zeus. Shocked? Well, here we share everything about it – 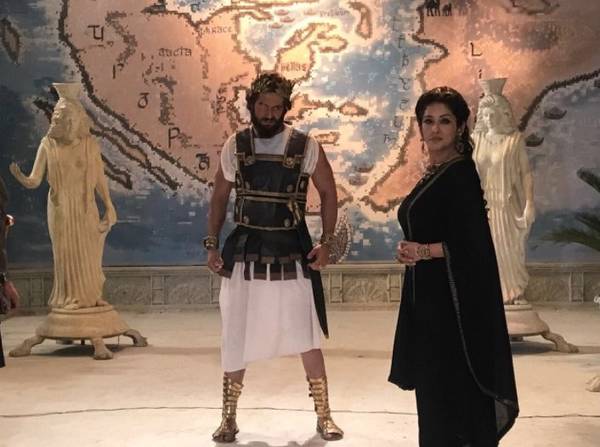 How God Zeus Became the Father of Alexander When Olympias was Married to Philip II?

Before Alexander started to march towards Asia, Queen Olympias revealed him the reality of his birth. According to a legend, the night before her wedding, Olympias was sleeping in her room when a sudden thunder awakened her. Immediately, a lightning bolt got into her bedchamber and got inside her womb. As per her description, this was God Zeus who impregnated her with Alexander.

Whether what Olympias said is true or is just a fragmentation of her imagination, it is interesting to note that in his later years, Alexander was convinced that he had a divine parentage and he was indeed the son of the God Zeus which he propagated widely in order to win people’s trust and faith.

What made Alexander think that he was the son of Zeus?

Before departing from Egypt and embarking towards Persia to meet King Darius III, Alexander wanted to visit the Oracle of Zeus-Ammon at Siwah situated between Egypt and Libya. After all, the Greeks considered the Egyptian God Ammon in the same rank as that of their own Zeus.  Besides, Alexander very well knew the reputation of the Oracle. Both the Greek heroes Perseus and Heracles had consulted it.

Alexander too wanted to ask the temple priest the truth of his real father – Whether it was Philip II or whether it was Zeus. He also wanted to know if he was truly invincible. So, when the Egyptian priest welcomed him in poor Greek, “O, paidios (Oh, son of God)” mispronouncing it for “O paidion (Oh, my son)”, Alexander seemed pleased as whatever his mother told about his birth was confirmed by the priest. Next, he believed that he was the son of Zeus and was here to rule the world.

Next, when he returned to Memphis, he offered a sacrifice to God Zeus. There he met two delegates, one from Erythrae and other from Miletus. Interestingly, both of them confirmed that even the oracle of their cities believed him to be the son of Zeus. Alexander knew they probably would be saying this only to win his favor but still, it was good for him as he wanted to spread the word (that he was the son of a God) anyhow. Nonetheless, the unruly cities like Sparta, Thebes, and Athens would think many times before causing any trouble to the son of a God.

Also Read: Everything You Wanted to know about Alexander’s Mother – Queen Olympias

This is how God Zeus became the father of Alexander instead of Philip II by propagating mythological and unbelievable stories much before he entered the Paurav Rashtra of Bharatvarsh at the banks of river Jhelum.