The 12 percent GST on sanitary napkin has stirred a nationwide debate. While, women, legislators, activists and even celebrities are protesting against the biased taxation, the government is defending the same by comparing it with the previous indirect tax which amounted to 13.68 percent or less in most of the states. However, before you jump the gun and appreciate the move, there is more to the story. 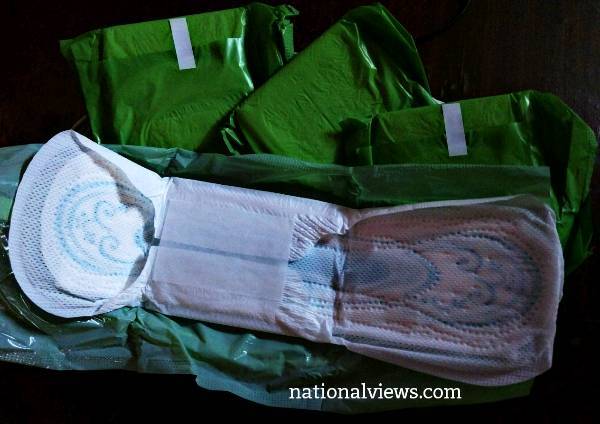 Prior to GST, the taxation on sanitary pad was 6% across the country along with an additional VAT which varied statewise. Now that, different states had different VAT, the total percentage of tax too varied greatly. So, although for few states the tax has now reduced to 1.68 percent, for majority, it has increased, and for some it has doubled too.

At a time when the government is rolling out initiatives like ‘Beti Padhao, Beti Bachao’, talking on lengths about ‘Nari Shakti’ and ‘Women Empowerment’ does this taxation or the 1.68 percent reduction provide any relief? Or is it a proof that the government still remains indifferent towards the cause of women especially ‘Menstrual Hygiene’.

The way the GST council and the Ministry of Finance have ignored the online campaigns and online petition such as #TaxFreeWings with more than 3,00,000 signatures further shows the government’s hostile approach towards the cause.

GST on Sanitary Napkin and the Justification by the GST Council

According to a press note released by the GST council, all the major raw materials used in  manufacturing sanitary pads attract high GST rate ( 12 and 18%). So, the argument is, if the raw materials attract high taxation, how can you expect the end product to be tax free or at a rate lesser than that?

Well, the major raw materials (80%) used in a sanitary pad is cotton (5% GST) and wood pulp (12% GST), only the rest 20% of the raw material i.e Glue, Super Absorbent Polymers – SAP, Polyethylene Film, and Packing Cover made of LLDPE that comes under the bracket of 18% GST.

Going by this breakup, the GST council could have brought the sanitary napkin under the 5 percent bracket too. However, in its clarification, the council said that bringing down the tax to 5% would have put the domestic manufacturers at a disadvantage as compared to the import products which are zero-rated.

Looks like a sound argument? But don’t rush. Till today, what has the government done to promote manufacturing of sanitary napkins at local level? After all, all the leading brands in the Indian market are global brands. Besides, what has the government done to ensure that all these manufacturers (whether global or label) provide the right products to the end users i.e. women.

Well, in India, the sanitary napkins are tested as per the Indian standards that have not been updated since 1980. Plus, these standards specifies test that are very basic, there is no test to check the toxicity of the  materials used. Also, while the manufacturers are increasing the cost of the sanitary product the add-on is mostly cosmetic and not hygienic.

It is ironic that while the Finance ministry defends the GST tax on sanitary napkin by shielding the local manufacturers, the average woman buys a pack of sanitary napkin that is devoid of any information on its packet. Forget mentioning the pH range, the pack doesn’t even mention what type of material is used. And worst, there is no pressure on the manufacturers by the regulatory bodies to do so!

Before feeling sorry for the manufacturers over raw material tax and turning a deaf ear to the women cry, did the council members even give a slight attention to their woes? Didn’t they see how as a consumer they have been suffering from ages; women in general (yes, the educated ones in urban areas) don’t even know what they are buying when they purchase a sanitary packet which the seller gives them in a black plastic bag.

What is this, ‘more absorption, better dryness, better scent’ on the packet? Don’t you think even the sanitary pack should have the ingredient name and percentage just like other food, health and medicinal products? But who cares – neither the manufacturers nor the regulatory bodies of the Government!

Don’t you think it is high time the Government at the Centre and its various ministries (Health, Finance, Women & Child Development, Consumer Affairs etc) commit towards menstrual hygiene unconditionally rather than taxing us, both for being as a consumer and as a woman?

Facebook Comments
About Deepti Verma 292 Articles
Deepti Verma is a Political/Social Writer with an opinion on almost everything! Follow @universal_rover