Not every time there evolves an event where you get both, entertained and inspired at the same time by the atmosphere within. And then when you get up and make an exit, you not only take good memories but also feel content that your ‘mere’ presence can change the lives of those ‘few’ who are deprived and supportless.

Believe it or not, the real happiness and satisfaction comes only when you help somebody without being self-centered or self-absorbed at a time when they need you the most.  It obviously won’t cost you a penny, let alone your fortune, but just a minute or two. I remember not helping an old woman on my way to office only because I could miss my 9.11 local. That ‘self -guilt’ I couldn’t remove from my heart until I stopped being so self-absorbed and made sure that it is rather humane to miss the local than carry the guilt forever. 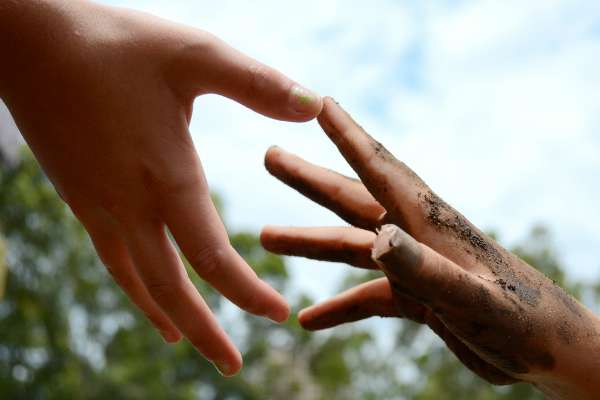 And nothing can ever satisfy me or anybody of us more, than helping a needy, an unprivileged and the deprived! The way we don’t deserve unhappiness, misery, melancholy they don’t deserve the condition they are living in especially the kids who have every right to education but their parents cannot afford to do so, even though they too wish that their kid’s life turn way opposite as compared to theirs.

From the very start, maximum of the young boys/girls who became the law breakers fell under the lower strata of the society. Unfortunately, they didn’t even know what they were doing is absolutely wrong. The reason was simple – lack of literacy and education. Yes, they were deprived of Shikha, one of the basic needs which no doubt is also one of the one profitable business in recent times.

Just imagine what if these kids got a teacher who could teach them, guide them or what if they have a proper place where they can have a normal education without the fees being a burden to their parents? Well, there would be no lurking or loitering unnecessary near the slums, instead these kids would be busy learning and innovating something. Instead of future criminals we will have future professionals and social entrepreneurs. 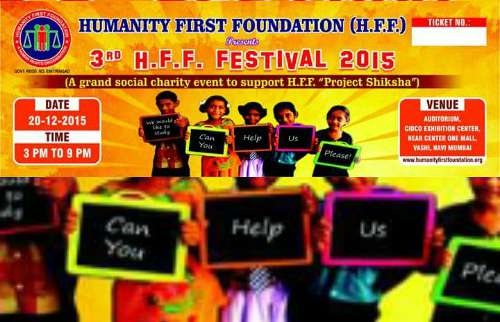 The objective was not just to provide the best of education to the deprived kids & EBC (ECONOMICALLY BACKWARD CLASS) but also to help the country by preparing its future and in the process empowering these kids right from the start. 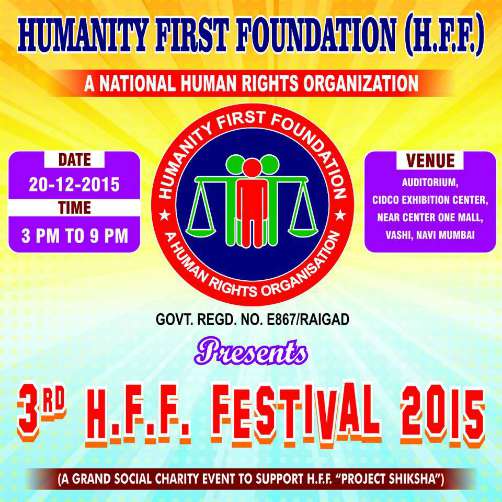 And to initiate this noble cause Humanity First Foundation is all set to organize HFF Festival – A Grand Charity event to support Project Shiksha.

The event is scheduled for 20th December 2015 from 3pm to 9pm at Vashi, Navi Mumbai in Auditorium of CIDCO Exhibition Centre.

The Programme Scheduled for the Event is here as under:

If you are a performer/entertainer

If you want to perform for a cause, then all you need to do is walk in to the Basement of Little World Mall, Karghar anywhere between 11am to 3pm on 7th and 8th of November, 2015. These auditions are absolutely free. They encourage all sort of entertainers including magic shows, mimicry performers & acts by comedians.

If you want to sponsor for HFF Festival

If you want to attend the event then grab the passes soon.

P.S. This is the 3rd Festival of Humanity First Foundation. In the first HFF Festival, the NGO had launched MISSION UDAAN – An All India Movement for betterment of Police Officers’ living conditions. 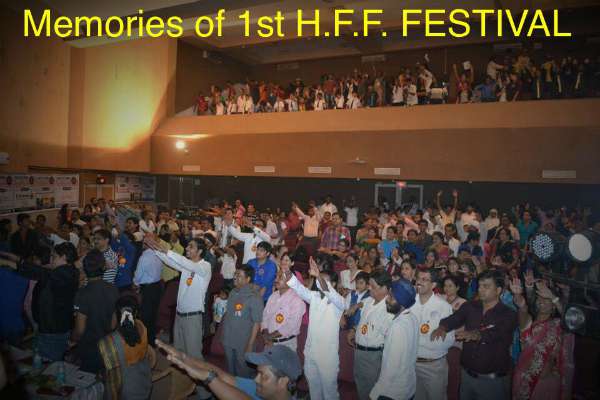 10 Reasons Why You Must Join HFF – Humanity First Foundation