Quite a number of times people complain – “Why do I write so much against Narendra Modi and his party?” 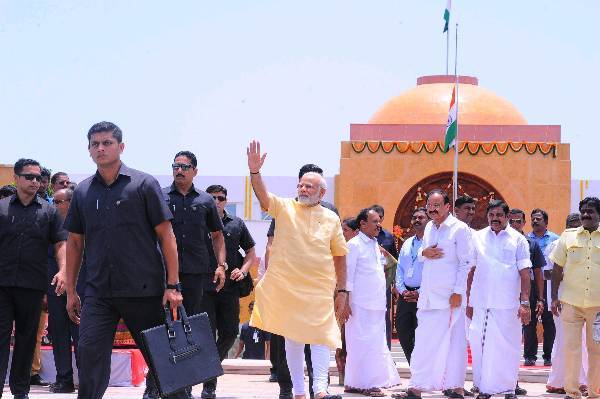 Prior to 2013, I used to be averse to politics and political gossips. I refrained myself from speaking publicly on political issues. It was not so that I hated politics. In fact I had no interest in it. I was rather concerned more with my professional and personal chores. I thought that politics is not something which touches my life or impacts me in anyway.

However, it was year 2013 and the run up to Lok Sabha elections, which aroused in me an interest in politics. I saw people eliciting political views and supporting a man and his political party infamous for communal demagoguery.

These people included my friends, with whom I shared my childhood, people with whom I had professional dealings, teachers who taught me in school and college and acquaintances whom I knew personally.

Their unconditional support for a man who had the image of being a mass murderer, their rallying behind the man, who was implicit in genocide, disturbed me.

How can anybody with a conscience support such a person? Is the party (to which he belongs) so intellectually bankrupt that they can find a single capable person who can lead the party?

Then came newspaper editorials and opinions, which also sang paeans for the man. The man (Narendra Modi) was portrayed as a messiah of development, who had successfully showed the world the “Gujarat model of Development”.

It left me wondering, “Am I wrong? Does he really mean development? Would he actually effectuate “Sabka saath sabka vikaas? Would he lead us towards a more developed, a progressive nation?” and would he be able to do away with all the evils of our country, such as –

Might be.
We’ve tried so many.
Let’s give him a try.

However, my pre-convictions about the man and his party refused to accept him as a development incarnation. Yet I also felt that so many people cannot be wrong. I doubted my intuition, my pre-convictions. The newspapers which have kept me informed since long cannot misinform me.

The teachers who taught me cannot be wrong in their analysis. After all, they taught me science with finesse. The Doctors, the Engineers, the MBAs, the Lawyers, the Chartered Accountants whom I knew personally, and who had successful professional careers, cannot be wrong. I doubted myself, and my information on the man and his party.

Then came the year 2014! The man (Narendra Modi) won, and was seated to the most powerful position of the world’s largest Democracy.

He was given the chance.
He is at the helm of affairs.
He has decimated opposition.
He has a firm grip on all institutions running our Democracy.
He has a large army of supporters.
His supporters, which include govt. officials, bureaucrats, lawyers etc., consider him as God incarnation.

Then, in order to get out of this confusion, I started questioning. I questioned people (whom I knew personally) as to what makes them support the man. The answer was unanimous – development.

But when I asked them the parameters on which they judged his ‘development’,

When I questioned them on the veracity of claims that the man was making,

When I questioned them how his party was different from the previous ones,

How this party was not corrupt when the assets of his ministers have been consistently rising since he came to power,

When his party has the maximum number of crorepatis, murderers, rapists and arsonists,

When Narendra Modi failed to bring back the black money stashed abroad,

When he penalized the common people through his ill-conceived and devilish demonetization policy,

When he himself and his ministers posses fake degrees,

When the development he presents has been jobless,

When the state which he heads has never been so intrusive into the lives of common people,

When our relations with our neighbouring countries are at an all time low,

When he has strained our long standing ties with Russia (which has always stood by us) and preferring US over it, which has a history of ditching us in times required,

When Narendra Modi has failed in establishing law and order, and the society is getting more and more intolerant today,

Where lynching have become the new norm,
When the so called growth and development is jobless,

I got no answer to the same, in fact what I received were abuses, but not answers.

I can go on pointing his failures. But I would rather sum it up in the sentence – Never has any government screwed the lives of common people so miserably than his government!!!

Yes politics affects me, or rather started affecting me and my daily life –

It is this which spurs me to write,

It is the silence of convenience or the political sycophancy of my friends which spurs me to write,

It is the mischievous and unscrupulous support for the man and his communal politics by my friends whom I’ve known for long, which spurs me to criticize him and his govt.,

It is the falling law and order which affects me and the lives of many which spurs me to write,

It is the brazen fascism of this govt which spurs me to write,

It the unscrupulous abdication of morality and ethics by media houses which spurs me to write,

It is the plain lies and hatred being propagated everyday by his IT cell which spurs me to write,

It has been 3 years now. Go back and look into the 12 pointers that I’ve mentioned above –

Has anything changed?
The man had the chance.
Did he utilize his chance and time well?
Are we a more developed nation today?
Has your material situation improved?

Don’t give me economic figures and news floated by IT cell. Look around yourself, your life. Has it changed? Are you living in a more secure society? Has crime rate fallen? Has unemployment declined? Have services improved? Answer yourself.

I was a critic, and would remain a critic. Criticism ensures accountability. Blind support ensures deterioration of Democracy and hijacking of its institutions. My criticisms are not directed against person but against policies. And my criticisms are based on my readings and understanding on the subject, and not on WhatsApp forwards. I use my head, and do not derive ideological nourishment from social media messages floated by IT cells.

I expect the same from you – reclaim yourself and your critical thinking abilities. Refrain from basing your opinion on WhatsApp messages and FB posts doctored by IT cells. Counter my points with facts. I would be happy to learn something new from you.

The article was first published by Farhan Rahman on his Facebook timeline.