What is the difference between a virus and a coaching class? Nothing except the fact that the latter is spreading at a faster rate.

The education system in India is a multi crore industry with many offshoots including the brick and motor supplementary education aka “Coaching Industry”. The irony here is that the ubiquitous coaching industry is growing faster than the industry itself. As per the data of Associated Chambers of Commerce and Industry (ASSOCHAM) the yearly revenue of this industry is more than 1 Lakh crore and it is growing at more than 35% per year. 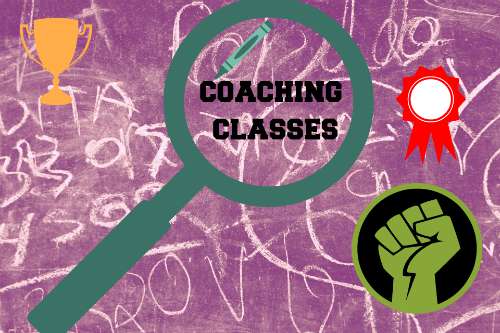 Gone are the days when parents were ashamed in letting their children to tutions. Now-a-days it has become a norm, a necessity, a MUST. Delhi, Mumbai, Kolkata, Chennai, Bangalore, Pune, Hyderabad and even small places in Rajasthan and Bihar are not spared from the hold of this unfamiliar word – Coaching!

Call it a parent’s ambition to witness their kids securing admission in a top institute or fairing well in the board exams like 10th and 12th, , the contemporary Indian parents are ready to shell anything around 400,000 per annum in the mere name of “Coaching”. Whether the child cracks up the exam or flops in the process of repeated attempts is secondary.

A recent study conducted by the ASSOCHAM reveals that 70% of the parents from the uppermost to the bottom stratum of the social hierarchy are in the favor of spending or donating a hefty sum to these coaching institutes in the name of education. They believe that it is coaching classes that help their kids in the preparation of competitive exams and also is the only gateway for securing admission in prestigious institutes like Indian Institute of Technology (IIT) and Indian Institute of Management (IIM). Sounds like a quick fix, isn’t it?

With such a customer support, trust and willingness to spend among the parents, coaching institutes seems to be a recession proof industry. IIT-JEE (IIT-Joint Entrance Examination) has only 5,500 seats but every year more than 300,000 students appear for the examination. AIEEE (All India Engineering Entrance Examination) just have 9,000 seats but it is no surprise that more than 525,000 eyes are glued on them. More than 170,000 appear for the All India Pre Medical Test (AIPMT) for a mere 1,600 seats such is the sad ratio of the total number of students appearing to the total number of seats available. However, almost everyone is attending the coaching classes to be the winner. Just imagine the amount earned by these leeches who are making money in the same of education or are they selling dreams?

Did I mention that an expected 7,000, 12th Std candidates compete only for 80 seats in the National Law School of India University (NLSIU), Bangalore from nine centers across the nation? And with the MBA craze, every December a whooping 155,00 graduates writes Common Admission Test (CAT) for mere 1,300 seats in the 6 IIM’s and a handful of other premier business schools. Needless to say every year lakhs of students are willing to live a laborious life and cut down their expense only to pay for their coaching class fees to get through in the top institutes like All India Institue of Medical Science (AIIMS),

On the contrary what are these coaching classes doing? Advertising heavily by making false promises of success in entrance exam? Enjoying the benefits of extracting money that too all in advance? My entrepreneurial mind is counting the profit of huge sum of money collected all at once. Buying shares? Investing in other business ? Or starting a whole new venture at others expense? Wow the benefits are jaw-dropping that too without anyone’s hindrance. Whoa! Pardon my daydreams but that’s what exactly the Coaching Institutes are doing , sucking the average Indians hard earned money in their dirty gimmicks.

Coaching Industry – What an Industry!

No tedious government registration, no Government norms, no VAT just an initial set-up encompassing a small place, furniture, few ACs and you are all set as a leech to extract money. The goons do in a harsh way and these people do the same thing in a gentleman style. They only have to register the coaching center for Service Tax payment that too if only they come under the Commercial clause.

In other words coaching classes teaching non-competitive courses and up to 12th Std are in exemption from any service taxes. Profits and only profits with almost nil investment and zero taxes. Kudos to this sector!

Top 5 Best Small Size Organisations in IT-BPM to Work for in India!