Let me begin by saying that I wish I never had to write this post but I think someone should be saying this….

After the Delhi elections, I have noticed a certain animosity being created against specifically the Muslim voters of Delhi, regarding the manner in which they have voted.

Let there be one thing very very clear.

You, the Muslims of India are as much a citizen of India as me or anyone else, including the ones feeling “betrayed” by you.

You, as an Indian Muslim, don’t owe any particular political party anything.

And any party that claims that they are ones who have fought for your upliftment should know that the reason they were given a chance to govern was to uplift EVERY downtrodden and marginalised citizen in India.

That was their JOB, their DUTY and not a favor that they were doing on anyone.

The Muslim community or, in fact, any marginalized community is not the Jaagir of these self appointed political Jaagirdaars, that they come asking for dugna lagaan when they feel justified to do so. 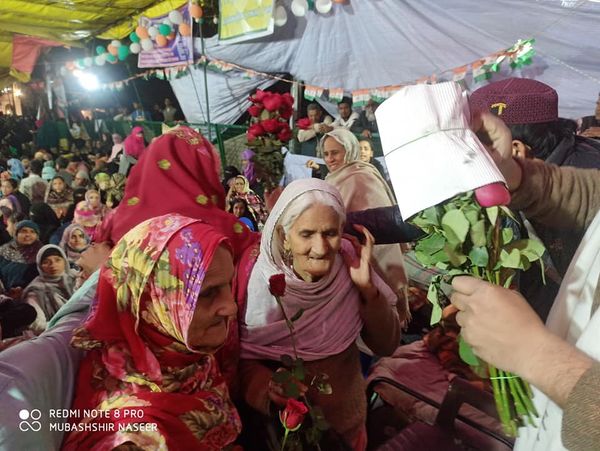 From decades in India, not only the Muslims but almost every minority community has been either appeased or further marginalized to benefit someone or the other as their vote bank politics.

These parties who come across trying to portray themselves as Super Heroes without a cape are not doing anything more than ensuring that your votes remain securely in their pockets.

However, you have no obligation towards them or anyone else.

As citizens of India you have every right to think about your own benefit, like everyone else does.

You have every right to choose that party which you feel will give you whatever it is that you seek.

You have every right to vote for that choice which you think is right.

And if anyone tells you that they are feeling betrayed by the choice you made…..

If anyone tells you that they feel hurt by you not choosing them after “all they have done for you”….

If anyone tries to shame you for the choice you have made…..

And if anyone tells you that you not voting for them means you will now be left to fend for yourself…. Remember…. Not every citizen of India is a Vote bank politician or rabid hatemonger….. We know when and whom to stand up for…

Loyalty is not demanded or begged for and expected to be delivered when they want it….. Loyalty is earned by honest intentions and hard work and granted when we want to give it.

Disclaimer: I am pretty sure some people would not like this post of mine because they feel they deserve the loyalty that they demand.

This post addressing an aam Indian Muslim was first published by Darshan Mondkar on his Facebook Timeline.