One is a student, the other is the son of Lord Surya. One is the troubleshooter, the other is the merciless Lord known for casting an evil eye. One is born from fire, and the other is born from air – Despite being drastically opposite, the Sankat Mochan Mahabali Hanuman and Shani Dev  are still connected very well to each other. Here we share their love-hate relationship. 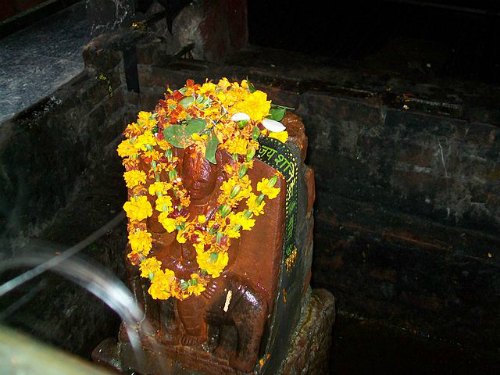 After completing his education, Lord Hanuman wants to repay his guru Lord Surya. Though Surya tells Hanuman to go back without repaying him anything, Hanuman insists him to ask for his guru dakshina. This is the time when Lord Surya talks about his son Shani who never listens to him and creates problem for everyone. He asks Hanuman if he can make him mend his ways.

Hanuman then enters Shani Lok and request Shani to return to his father. Shani who is too haughty cannot believe the fact that Hanuman could enter his Shani Lok effortlessly. So, he decides to teach Hanuman a lesson. He then climbs on Lord Hanuman’ shoulder and implies all his energy to put an influence on him. However, much to his surprise, it doesn’t affect Lord Hauman in any way.

In fact, Lord Hanuman increases his size so much that poor Shani is caught between the ceiling of the room and Hanuman’s shoulder. Now that the pain becomes unbearable, Shani requests Hanuman to leave him with a promise that he would never trouble anybody who is a Hanuman devotee, moderating all his effects in front of a Hanuman devotee. Hearing this, Hanuman released Shani Dev from his catch.

Next, Shani dev asks Lord Hanuman for til and tail so that he could apply and get away from the pain. Ever since then it is a normal practice to offer oil and black til in the name of Shani Devta. It not only soothes his pain but also makes him beneficent towards Ram and Hanuman devotees. This is the reason why every Saturday you see a huge line in every Hanuman temple to visit both Hanuman and Shani devta. People who give an offering of til and tail (oil) to Shani devta on this day are not affected by Shani’s dosh.

Lord Hanuman Rescued Shani Dev from the Clutches of Ravan

The boon of Lord Shiva and Brahma made Ravana invincible. He wanted a similar fate for his son Meghnath, and so when he was about to be born, Ravana kidnapped all the 9 planets and placed them in the 11th position so that his newborn too could be immortal and invincible. This made him lock up all the planets including the Saturn,that is Shani Dev in a place where it would be very difficult for them to get out.

However, Lord Hanuman reached the place when he was searching for Maata Sita in Lanka after she was kidnapped by Ravana. It was then Lord Hanuman rescued Shani Dev from Ravana. As a thank you gesture, Shani Dev gave a boon to Lord Hanuman that the effect of Shani’s inauspiciousness will never affect him in any way. In return, Lord Hanuman mentioned that none of his devotees should be affected as well. Shani dev obliged. This is the reason why people worship Shani Dev on Saturday and why Shani do not cause adversities to Hanuman devotees.

Also Read: Why was Shani Dev born Black? What Is the Reason of This Strange Dark Complexion?

Relation Of Hanuman and Shani : The Good Vs Bad, The Humble Vs Arrogant and the Selfless Vs The Selfish

Lord Hanuman’s and Shani devta’s story has a spiritual significance. Every time the Shani who is full of pride and ego meets a humble Hanuman, all the self-centered action is countered by the self-less Hanuman. Likewise, if you counter all your ego, pride and selfless attitude and become as good, humble and helping like Lord Hanuman especially if you are in the Saadhe Saati phase, you are ought to come out of the web successfully. Remember, Shani troubled Hanuman, not once but several times. However, Sankat Mochan Mahabali Hanuman could win each time due to his modesty and humbleness.

Do Not Miss Reading –