The comment made by Mufti Mohammed Sayeed, expressing gratitude to Pakistan and militants groups in Kashmir for the safe conduct of the Jammu & Kashmir elections, has raised quite a furore in India. 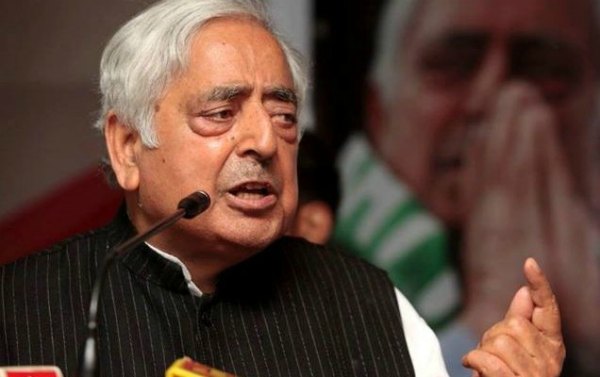 The pro Pakistan statement comes after Mufti, backed by the support of BJP, was sworn in as the Chief Minister of Jammu & Kashmir. The statement has led to unease between the PDP and its alliance partner, BJP. To unravel the reasons behind such utterance it is important to understand Kashmir’s politics and its separatist movement.

One of the main planks of Kashmir’s secessionist movement is the ideology that partitioned Undivided India in 1947- the division of the country on religious lines. The accession of Kashmir to the Indian Union was not seen in a good light by many kashmiris because they were averse to the idea of living under a ‘Hindu’ Indian state. To them accession to Pakistan, an Islamic Country, was more legitimate than accession to India.

In the eyes of the separatist, one of the prime issues that separate Kashmir from India is ‘religion’. Thus the separatist fervour is limited to only to the Kashmir valley, which has an overwhelming Muslim majority and all the separatist leaders are from the majority community of Kashmir. Given the communal character of the Kashmir movement, Pakistan took active part to keep the flame of separatist movement in Kashmir alive for its own national interests.

The Pakistan sponsored terrorism and the systemic indoctrination of young kashmiris with extremist Islamic ideology in camps in Pakistan Occupied Kashmir have made the Pakistani state the greatest patron of Kashmiri separatist movement. Thus for the Hurriyat and the militants, being subservient to Pakistan comes naturally to them. And it is them that the statement of Mufti was aimed at.

The participation of BJP, a Hindutva Party, in government formation in Jammu & Kashmir has caused alarm in many sections of Kashmiri population, especially among the hardliners. The strong anti BJP rhetoric of PDP during the election campaign has made many Kashmiris view the post election Alliance between the PDP and BJP as an act of political opportunism and, most importantly, as a big ideological U-turn by the PDP.

Given the power base of PDP, like any other Kashmir based party, is limited to Kashmir valley, thus it became imperative for Mufti to realign his political stance more towards the core kashmiri issues. There is no better way to do that than appeasing the hardliners and indulging in Pro-Kashmir rhetoric. The comments made by Mufti were a signal that PDP won’t relinquish its ‘self-rule’ agendas and will support the inclusion of Pakistan in any future dialogue on Kashmir dispute.

This neither makes Mufti Sayeed a pro-pakistan politician nor a hardliner separatist. Mufti Mohammed Sayeed has always been a clever opportunistic politician, which is not necessarily a bad thing. He has been a Kashmiri politician who took active part in Indian national politics as well. A congressman, he joined VP Singhs’ jan morcha in 1987 and went on to become the first Muslim Home minister of India. He had been the chief minister of Kashmir under the PDP-Congress led coalition government in 2002 and now again he has become the Chief Minister for the 2nd time with the help of BJP. He was never a hardliner but has always been an accomplished politician. He himself has been a target of terrorist attacks many a times and his daughter Rubaiya Sayeed had been kidnapped once by Kashmiri militants before being released in exchange for jailed militants. This statement and the demand for the return of Afzal Guru’s remains to Kashmir are mere superficial measures to strengthen his support base in Kashmir Valley.

Although the journey ahead might be quite bumpy due to ideological differences between PDP and BJP, the alliance is likely to continue because Mufti has enough political acumen and experience to steer his ship over rough seas.