There are allegations that Narendra Modi allowed the body of the Victims to be paraded in broad day light in Ahmadabad in order to ensnare the communal hatred that existed between the people of two communities. 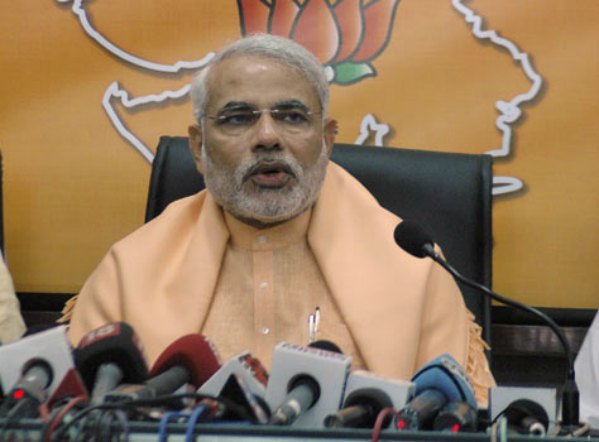 However, according to the statement of Jayanti Ravi, the then District magistrate of Godhra, Narendra Modi had the bodies moved to Ahmedabad in the middle of the night to avoid media attention and heightening of tension in the already tense city. These bodies were then handed over to the family of the deceased. This statement was given to the Special Investigation Team appointed by the Supreme Court.

There also many other reports that affirm what this statement said. There is another widely publicized report that said that Narendra Modi gave the ‘Kill’ order to senior administrative bureaucrats and police officers in a secret meeting held in Chief Ministerial bungalow, but this allegation has been rejected after thorough investigation by the SIT.

The Hindu backlash started one day after the Godhra massacre. The two major incidents of rioting took place in Narodiya in East Ahmedabad and Gulbarg society in Chamanpura. At Nadiya patiya, Babubhai Patel known as Babu Bajrangi led a group of rioters and massacred scores of Muslims, mainly migrant workers. He was helped in this massacre by BJP MLA Maya Kodnani. Both of them were convicted and imprisoned. It is interesting to note that Bajrang dal along with the VHP were critical of Modi. MLA Maya Kodnani was close to Kesubhai Patel, who was superseded by Narendra Modi as Chief Minister, and belonged to the Anti-Modi camp in BJP at that time.

Similarly a large group of rioters involving VHP workers and some members of congress party assaulted the Gulbarg society and massacred 68 Muslims inhabitants alongside Ehsan Jafri, a retired congress MP. It was not a case of some fanatics belonging to Hindu right groups killing Muslims but people from congress and even non political people also joined in the murderous spree. Many congress members were later convicted and imprisoned due to their activities in the Godhra massacre and the ensuing riots of 2002. Zafar Sareshwala, a Bohra Muslim businessman from Ahmedabad, who led a campaign against Narendra Modi before being convinced of Modi’s innocence had said ‘An important aspect of this riot was that it was not as simple as BJP vs. Muslims or just VHP vs. Muslims. Lots of Congress workers were equally involved. I personally know of so many Congress people who took an active part in the riots. Even outside Ehsan Jafri’s house there were a lot of Congressmen in the murderous mob. Some of them are facing trial for murder in Gulbarg society.’ Despite taking all the precautions, there existed a severe communal enmity between the two communities in Gujarat, a state where 6 major communal riots had taken place before the 2002 godhra riots. This bitter resentment and bigotry also extended to the police forces. There are confirmed reports of negligence on the part of few policemen, but they were in slim minority. The police forces as a whole performed both professionally and heroically.

According to confirmed reports the police were able to save 2,500 Muslims in Sanjeli, 5,000 in Bodeli and at least 10,000 in Viramgam. Modi is also known to have taken personal initiative in transporting 6000 Haj pilgrims, who had arrived at Ahmedabad from the Middle East during the riots, to safety. Every one of them was taken to their respective houses with police protection. In the riots more than 200 Hindus were also killed and most of them were victims of police firing. These facts point to the fact that the state machinery, especially the law enforcing agencies indeed took firm action against the rioters. These facts are hardly taken into consideration when the media judges Narendra Modi on his role during the 2002 riots. Luckily for Modi, the SIT, after investigating all the evidence, gave him a clean chit.

The controversy that still plagues Modi’s image is due to the Godhra riots and it is to a large extend, because of the widely circulated anti-Modi narrative that blamed Narendra Modi as the ‘master mind’ behind the riots. The ‘maut ka saudagar’ remark is an apt example of how opponents tried to score political points by maligning Modi’s name. His association with the RSS was used to demonize him and portray Modi as a dictator. A bit of irony for a man, who tirelessly fought against the dictatorship of Mrs Gandhi during the emergency. This narrative was widely publicized by the media and it created this image of ‘state sponsored pogrom’ against the Muslims. The clean chit given to Narendra Modi by SIT despite the constant attacks on him by the media and opponent political parties, which were in power at the centre, has been nicely summed up by the noted and experienced journalist M.J Akbar. In an article he had written ‘The essence of secularism is that all religions are equal before the law. But how do such principles accord with the fact of the Gujarat riots, which is a constant theme in all attacks on him? I raised questions at the time of the riots as much as any other journalist did. Paradoxically, these questions were answered over ten years by the UPA government There has never been, since independence, such intense scrutiny, or such absolute determination to trace guilt to a Chief Minister, as Modi faced from institutions loyal to the UPA government over two full terms. Every relevant instrument of state was assigned the task of finding something, anything that could trace guilt to Modi. They could not. The Supreme Court, which is above politics and parties, and which is our invaluable, independent guardian of the law and Constitution, undertook its own enquiries.’ The Supreme Court found him innocent but the readers are free to come to their own conclusion regarding Modi’s alleged ‘involvement’ in the Riots.

In a diverse country like ours, riots have taken place throughout the history of independent India and crimes during riots often go unpunished. But the Gujarat riot was an exception. According to 2013 statistics over 200 individuals have been convicted and 152 have been imprisoned for life. There were 6 major communal riots in Gujarat before Godhra but none after that.

At the onset of his tenure as the chief Minister of Gujarat, Narendra Modi had outlined 5 pillars of development and these were water, energy, people, education and security. His method of administration was a mantra of less government and efficient governance. He believed in empowerment rather than entitlement. His model of Gujarat has received wide recognition as a successful model of growth but at the same time there remain many sceptics who claim the Gujarat progress is illusory. But examined in terms of social indicators Modi’s Gujarat has fared better than the national average on almost all indices. Even in the case of girl literacy, in which Gujarat traditionally lagged behind, Narendra Modi was able to significantly improve the condition. Girl school dropout has come down by more than 90%. During Modi’s tenure, poverty in Gujarat was almost reduced by 50%.Gujarat also became the state with lowest poverty ratio for Muslims in rural areas. It is also one of few states where poverty ratio for Muslims is lower than that of the Hindus. On economic front Gujarat grew at more than 10% in terms of GSDP growth; it is well above the national average. One of the main features of the Gujarat growth story is the success of manufacturing industry. Gujarat has the highest manufacturing-to-GSDP ratio in the country. It stands at an impressive 27.4 per cent of GSDP.Gujarat under Modi received the highest percentage of foreign investment that boosted the economy. ‘Vibrant Gujarat’ initiative played an important part in it. Gujarat also fared much better in power sector where new innovative renewable sources of power were tried successfully, especially wind and solar energy. From a power deficit state, Gujarat has now become a power surplus state. Modi government reduced red tapeism drastically and it resulted in increased ease of doing business. According to the findings of a reputed Canadian think-tank organisation Gujarat was fifth in the rankings of economic freedom across Indian states in 2005 but it rose to the first place by 2012.

Despite faring well on all fronts, Gujarat face challenges in quite a few sectors, mainly in health and Gender ratio. More than thirty percent of children in Gujarat were underweight in 2011 and the female Gender ratio, which though increased slightly, is below the national average. Female Infanticide remains a cause for concern in Gujarat. It was Narendra Modi who, in 2005, initiated the ‘Save the Girl Child’ campaign which was able to steadily lower female Foeticide in Gujarat.

Apart from these shortcomings, Modi’s tenure as the chief minister has largely been a success and it was on the back of development and growth, that Narendra Modi ushered in Gujarat; he was able to win the state elections for a record three times. It was his popularity and track record that made him the prime ministerial candidate of the BJP and we all know how he won a landslide victory in the lok sabha election in 2014 to form a single party majority government at the centre after a gap of 30 years.

Prime Minister Narendra Modi remains a polarizing figure in national politics. There is no consensus of opinions in regard to Modi. While to some he is a divine saviour who could wipe out all of India’s woes, at the same time there are people who view him as a ‘tormentor of Muslims’. To this date, Modi as a politician remains misunderstood. He was never one of the hardliners in RSS and to the contrary Modi always have had differences with the extremist Hindu nationalists.

He has always been a man with unorthodox and innovative ideas which made him a pragmatic politician rather than an ideological fanatic. Narendra Modi was the man who issued the order of demolishing more than 100 temples which were constructed illegally. Had he given a similar orders for Mosques then one could just wonder what would have been the reaction of his political opponents and the media. Modi’s ‘Hindutva’ means adherence to the inherent tolerance that exists in Indian culture. ‘Secularism’ to him means ‘equal treatment of all’, irrespective of their religious background, but ‘appeasement to none’.  Narendra Modi is a right wing leader who’s economic and political policies stand in sharp contrast to the socialist narrative that the country has been fed since Independence.

In many respects, he is similar to Margaret Thatcher, who was called a ‘Fascist’ by the socialists of Britain. Similarly Narendra Modi is seen in a poor light by the Left intellectuals of India. Till now the story of his life has been a successful one but the most defining part of his life is yet to come. Any judgement on him now will be premature and laced with one’s own political beliefs. It is the last 4 years in his tenure, as the PM, that will decide if he will be remembered as a man who changed India for the better or as a leader who failed to live up to the expectation of the people.Let the history of the future make the final judgment.

Narendra Modi : Facts From Godhra and Beyond – Part 1

Narendra Modi : Facts From His Life as a revolutionary