Now, while I find it quite ridiculous to play the National Anthem before a movie, I also don’t find it as a big blow to my personal rights or freedoms. 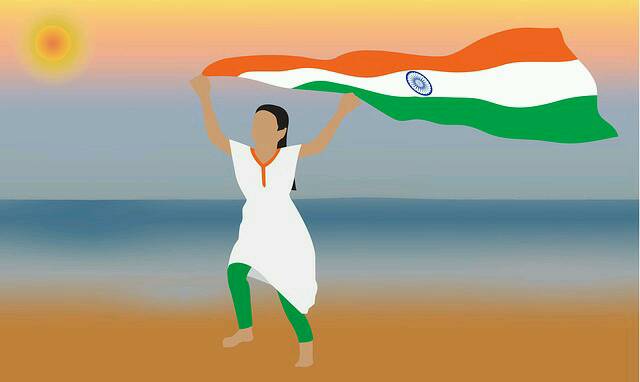 When we were kids in school didn’t we stand up and with our Teachers a “Good Morning” when they entered the classroom? Was that really so regressive? Or was it simply us following a rule put up by an institution?

Don’t misunderstand me, I have always stood up whenever the National Anthem has played, whether in movie halls or anywhere else. But I have also respected the right of those who didn’t want to stand up. So I never had a fight with someone just because he did not stand up for the Anthem.

I might have felt stupid standing for the Anthem when they played it before a movie as it was a movie I had gone to watch and not take part in a Republic Day parade…. But I have done a lot of other stupid things in my life.

Some may call it a false sense of Nationalism or a Symbolic Patriotism but I have never felt suffocated whenever I have stood to attention as the Anthem played.

Now, the same people who are against this particular order are also the ones who said “We go to the theater by choice” when the Bhakts were making a big hue and cry and comparing standing in ATM queues to standing in lines for tickets. And you were totally right when you spoke out against that dimwit comparison.

The SC has not made it mandatory for everyone to go to the theaters and watch a movie. The SC has also not said that you have to be present when the Anthem is played or you can’t watch the movie.

So what do you do when they play the jarring “Vajradanti Vajradanti Vicco Vajradanti” advert before the movies for the 1000th time? Do you complain that they should stop playing the advert? Or do you grin and bear it?

You are most welcome to do the same with this.

You have a choice. A choice to not watch a movie in the theater or a choice to stand outside the hall while the Anthem is played and then go in and watch the movie.

This is not the same as a Beef Ban where the basic rights of a person are infringed upon leaving him with no choice but to opt for some other food as the choice of one food is taken off the table completely.

In conclusion I find the SC order, albeit weird and unnecessary, not regressive as it leaves enough options open to those who don’t want to stand up for the National Anthem.

Ofcourse you can always consider this as yet another reason to save your Rs.500 and prevent yourself from watching the mindless crap that the Bollywood keeps doling out.

Disclaimer: Yes. You have to stand to attention before the movie, even if it’s a Sunny Leone flick you have gone to watch. Standing to attention during the movie, however, depends on your will power, taste and tharkipan.