One glimpse at the list of producers of NH 10 which comprises of Anurag Kashyap, Vikas Bahl, Vikramjit Motwane (The Phantom Group), Eros, Anushka Sharma (the female lead) and director of the film (Navdeep Singh of Manorama Six Feet under fame), the expectations from the film raises a few notches immediately. 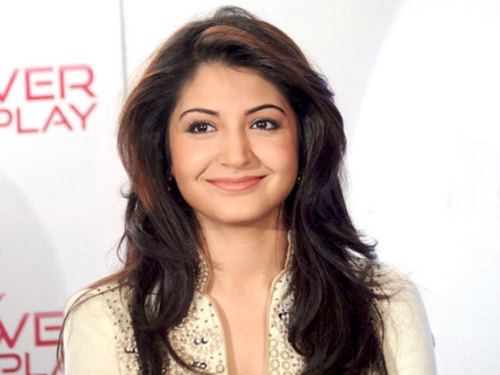 The edgy trailer of the film had caught everyone’s attention; question was whether the film would live up to its expectations. Before the release of the film, there were controversies which brew up in regards to allowance of some cuss words in the film. Thankfully better sense prevailed and the makers also did not compromise on the content in hand. The film has been released with an A Certificate and rightfully so.

NH-10 is a story based out of Gurgaon and hinterlands of North India (Haryana), in terms of setting pretty similar to last year’s release Highway and incidentally in both the films the main protagonist was an urban female and their unusual, unexpected journey. While Highway unfolded a more human story, NH-10 opens up a Pandora’ box of bloody mess. Far worse than what you would have bargained for as an audience. The film shocks you to the core and is unapologetically raw in its depiction.

The story of NH 10 is pretty simple at the surface, of an urban-couple on a highway trip to a holiday destination and how the trip goes horribly wrong. But it is the layer beneath the surface that depicts fascinating insights into our society at large – be it gender bias, caste, relationship status of urban couple, the rural-urban divide or the fascination of rural youth for fancy stuff like car or watches. While the film is rumoured to be inspired from an English movie called Eden Lake (I have not seen so can’t comment upon), but what can’t be taken away how skilfully it has intertwined the social aspects in this edge of the seat thriller.

Actually it can be easily termed as a horror film given the amount of blood galore, violence and shock it unleashes. It is very difficult to sit through some of scenes. While the art form scares you, what is scarier is this is how it unfolds in real life too or sometime even worse – if we remember Nirbhaya. Even amidst the darkness and horror, the film do manages to build some light, tender moments though far and few. Also one of the striking aspects of the film is the minimum dialog it uses, but the ones used leaves behind maximum effect.

The best ones of course come from the law-protectors (police). Commenting on eve-stalking, he says “Gurgaon badhta baccha hain, chalang to lagayega” – one cannot stop smiling at the irony of the situation or when the other talks about constitution and how caste is important. Silence is used equally well to infuse fear or sometimes depicting the distance in the couple’s relationship.

Coming to the character depiction in the film, Arjun and Meera- resembles the modern day working couple, with their own set of issues but working it out on day to day basis. Arjun resembles today’s youth counterbalancing modern values and his male ego, which becomes the catalyst point for the tragedy to unfold. Neil Bhoopalam brings in the right amount of sensitivity and aggression in the portrayal of his character.

Meera is a confident young girl, yet with her own set of insecurities. The vulnerability in her makes the character very real and the determination to win is what makes her fight believable till the very end. Only one cliché which sticks out like a sore thumb is this mandatory portrayal of smoking, to depict a modern girl. However one cannot stop from enjoying the scene where she lights up a smoke before the final combat.

Anushka Sharma does a fabulous job in bringing out various shades of Meera – insecurity, frustration, fear, despair to determination and grit to fight it out. The biggest achievement of her is that she makes the character totally believable in an unusual situation and adds a bit of quirkiness to it. The supporting cast (of the villains, villagers and police) is very efficient and looks totally the part; one has to give a special mention to Deepti Naval. What a good actress she is, in a hardly less than ten minute’s cameo she stands out. It also is a very relevant character from the social aspect, implying not just men but women also supports the atrocities of gender and caste divide which probably is the reason why we are unable to change as society.

On the flip side, the character of the main villain portrayed by Darshan Kumar (of Mary Kom fame) looks less menacing than the other villains. Each of the film’s character to its credit brings uniqueness to the table.

The film background score (contrast of volume and silence included) is another high point of the movie just like its editing, which keeps the audience at the edge till the very end. The biggest credit goes to the director who executes the film being true to the script and requirement. The film does have its share of flaws at least in couple of places in the plot including the climax but one can overlook the same when the film is looked overall.

NH 10 is raw, brutal, merciless and uncompromising in its execution as an edge of the seat thriller yet at the same time touches the social issues that induces such crime and leaves the audience with deep impact and something to ponder upon.