In the serial Porus aired on Sony TV, we have an interesting sequence where it is shown that two great personalities are soon going to take birth in two different places. One is Purushottam aka Porus, the Paurava prince and the other is Alexander, the son of Macedonian Queen Olympias. The parallel stories of the East and the West are exciting. 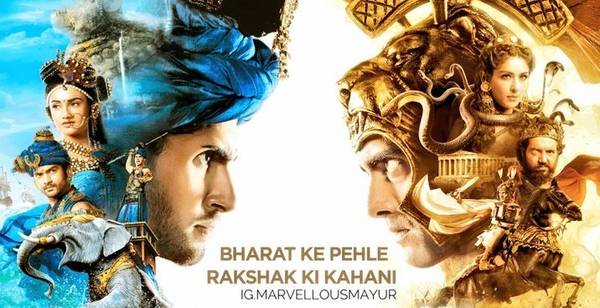 However, at the same time there arise several questions in our mind especially this – Were Porus and Alexander born on the same day? Were both of them of the same age? Does this sequence have any historical significance or is it just a fictional plot in the Porus serial to make it all the more intriguing?

Also See: Everything you wanted to know about Porus – Family, Biography, History & Death

We have no idea when was Porus born but historical records show that Alexander was born on either 20th or 21st July 356 BC. Now that often July coincides with the Hindu month of Shravan, the writers of the serial smartly conceptualized the birth of Porus on the same day as that of Alexander the Great. So, this makes apparent that the birth sequence is made up. Now moving to another doubt –

Were Porus and Alexander nearly of same age?

When Porus became the king of Paurav Rashtra in 340BC, Alexander was only 16. If they both shared the same age, I wonder why the Greek history missed the fact.  The truth lies in the fact that they both had an age difference. When the battle of Hydaspes was fought on May 326BC, Porus was accompanied by his teenage sons and Alexander was only 29-year-old. The age difference is quite apparent. So, the very assumption that the two heroes must be of same age is only a fictional part.

However, the fictional plot of showing parallel story is interesting as it makes the serial fascinating and increases the curiosity of viewers.