So Rahul Gandhi is a changed man now. His two speeches in a span of 24 hours – one in the Ram Leela Ground and other in the Parliament has changed people’s perception about him. Looks like, he is no more a Pappu but RaGa v2.0. Yes, that’s what the media is addressing the rejuvenated Gandhi scion as of now. 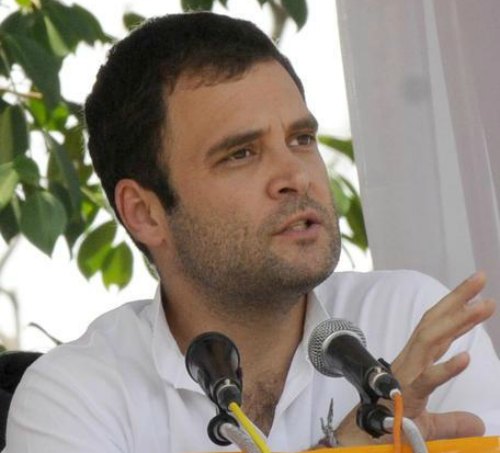 Here we shall share 5 drastic changes in Rahul Gandhi before and after his 56 day sabbatical.

Rahul Gandhi’s Oration, No More Seems to Be Inarticulate

Rahul Gandhi is in the news, and this time for all the good reasons. The man who was once laughed, for his fumbling speech is now being praised for his witty and aggressive speeches. While Senior Congress leaders like Sheila Dixit and Capt Amarinder Singh questioned his leadership skills prior to his sabbatical, post-hearing Rahul Gandhi’s speech another senior leader Mani Shankar Aiyer now believes that Congress is ready to take a major shift. Well, after a long time Mani Shankar Aiyer seems to be right this time.

The way Rahul posed the questions to the ruling government was worth a watch. While talking about Land acquisition bill Rahul asked, “Why the pragmatic Prime Minister wants to infuriate the 60% of the population?” When he mentioned 60% of the population depends on agriculture, someone from the ruling party cut him by saying it is not 60 but 67. Rahul didn’t take time and quickly responded, “Oh yes it is 67%, you know better.”

While he might not be a perfect orator, being ex tempore most of the time, he gave all his critics a run for their money. You never know an another interview with Arnab Goswami might even convince the populace that Rahul was misinterpreted last time – Just saying!

Even His Knockers Agreed to the Points He Made

“Land Acquisition Bill will not only hurt farmers, but also the Prime Minister” said Rahul Gandhi in the Parliament giving reasons, and surprisingly even the people who made Pappu jokes on Twitter, were in agreement with the point made by RaGa. Now, this agreement is indeed alarming for the suit-boot party. No wonder, people are already troubled by the now-in-power Narendra Modi, who no longer generates curiosity and interest like he did when he was the CM of Gujarat. His foreign trips, narcissism, monogrammed suit, and failure to control his men from creating communal tensions, has annoyed the people who voted for him.

By Being Sarcastic, He Now Knows How to Handle the Situation and Convey the Point.

Mr. Rahul Gandhi was in no mood to spare Mr. Nitin Gadkari in parliament when he defended the Land Bill. Rahul said he wants to appreciate Gadkari as he is the only Minister who is being truthful. Gadkari had mentioned that the farmers shouldn’t rely on his government or God for farming. Rahul not only noted Gadkari’s line but snapped him smartly by saying that – Indeed farmers shouldn’t accept acche din from the ache din sarkar. His sarcasm was apt – it not only conveyed the point, but also alarmed the ruling party that they better watch out Rahul Gandhi Version 2.0.

Rahul Gandhi was always believed as a poor little rich boy of the Gandhi family who is worthless. His silence was misinterpreted for his weakness. If you remember both his grandmother and mother had a similar past, but they went on to change the history of Indian politics. While Indira Gandhi became a ‘Durga‘ from ‘Gungi Gudiya‘, Sonia Gandhi changed the government, the moment she decided to enter in active politics. Rahul seems to be following the same path. The foundation stone of his transformation is already laid, and now it seems we have to wait and watch. History will repeat itself and we shall only remember how Rahul Gandhi was once known as “Pappu.”