We all know about Lord Hanuman, the Sankat Mochan Mahabali, the son of Lord Vyau who is also a Ram Bhakt. However, the Jain Version of Lord Hanuman is quite different than the story we know about him. Exactly opposite and totally strange, this version is ought to shock you. 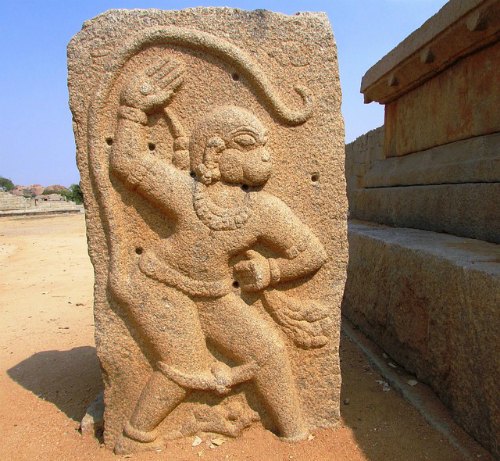 Here we share few things about Lord Hanuman according to the Jain version:

Lord Hanuman was a Supernatural Being – The Vidyadhara

Vimalasuri wrote the Jain version of Ramayana titled as Padmacharit (also Paumacariya, Pauma Chariu). In this version, Hanuman is not a Shiv avtar but is a son of a Vanar. This Vanar’s name is similar to Pawan – The Wind God of Hindus. Here in this version, Hanuman is addressed as Vidyadhara, meaning a supernatural creature. His lineage is similar to that of Ravana, he can change his shape and size according to his will, and can even fly.

Hanuman Is Raised in an Island Called Hanuraha

In this version, the parent of Sankat Mochan Mahabali Hanuman is Anjana and Vidhyadhara prince Pawangati. However, due to some misunderstanding the couple stay away from each other. Despite being separated, they meet once in a secret place. Following this meeting, Anjana conceives a baby. This baby is none other than Hanuman. Totally unaware of Anjana’s condition, her in laws sends her to forest. Here she gives birth to her son Hanuman.

Later, Anjana and her son is rescued by one of her maternal uncle. However, when they fly in a chariot the baby falls down. The rock on which he falls crack into pieces, but the baby doesn’t suffer any injuries – giving out the message to the world that a supernatural creature is born on earth. Later, he is raised at his great maternal uncle’s island Hanuraha and is named as Hanuman.

In the Jain Version, Hanuman Is Not a Brahmachari but husband of Ravana’s niece

In the Jain version of Hanuman’s story, he is not a celibate. In fact, here in the story he is married to Ravana’s niece Anangakusuma. Anangakusuma is the daughter of Ravana’s sister Chandranakha and her husband Kharadushana. According to this legend, Hanuman is not a follower of Rama initially. In fact, he is angry on the fact that Rama killed his father-in-law. However, later when he gets to know about Ram and his story he becomes his follower.

He Then Meets Sugriva and Marries His Relatives As Well

According to this version, Hanuman meets Sugriva in Kishkinda. He allies with him through marriage. It is said that Hanuman married at least 100 of Sugriv’s relatives.

Later, both Sugriva and Hanuman meets Lord Rama and gets to know about Sita’s kidnapping. Hanuman reaches Lanka to convince Ravana however he fails. Later, he joins Lord Rama’s army against Ravana.

This is the story of Lord Hanuman in the Jain text written by the Jain scholars. Surprisingly, this version is totally opposite of what we know about Sankatmochan Mahabali Hanuman.