Growing up in the 90s when life was more or less romanticised by Archie’s greeting cards, terms like messaging, networking were more sort of Venusian. Yes, we are a completely misfit in this era of Social Media, a status quo for the Netizens or to be precise a legacy data to get registered as ‘modern’.

The aficionados of the digital domain might put us in museums tagging us as ‘last remains of Troglodyte’, no pun intended literally. Living in this era of technocracy, one can easily associate him/herself with the burgeoning musings of ‘virtual identity’ confounded in abstract geopolitical coordinates digitally known as IP address. I might be booked for sedition for writing this satire at a time when the entire globe is painting itself in Rainbow hues; well some call it ‘BeingDigital’. 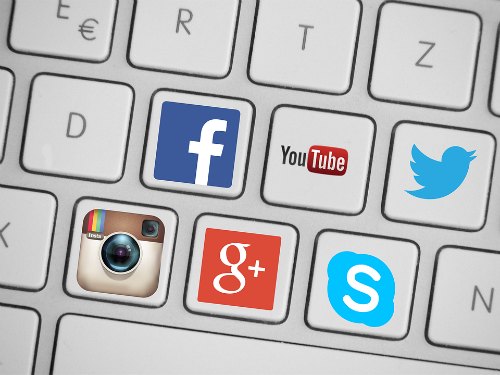 Development brings a necessary evil with it. Social Media stands no exception to this rule. Although it has made us ‘Baahubaali’ in terms men’s long cherished reverie of ransacking the spatial and time considerations but along with so many boons some ‘Katappas’ have also poured in as threats to our existence. Tons of newsreels and prints have been consumed till date to portray the ‘Vini-Vici-Vedi’ saga of Social media but we hardly care to notice the dark notches that exist few inches below the lamp. But to the utter disgust of the loyal enthusiasts of social media who see it none less than Omni, the later has come under heavy scanner in recent times.

Right from McDonald’s hashtags controversy till breaching privacy in the name location hunting, the ire against social media is far away from being buffered down. Facebook has turned into a blue eyed boy for the hackers so much so that even the parent founders have started snooping into private domains of users.

People who use Facebook messengers are asked by the app to set one’s location and this is enough to track your current location with accuracy up to one metre; none less than a military surveillance. In present day scenario, social media has become more like a minefield. Own wrong footing and you will be ‘trolled’.

Hate speeches, pages supporting terrorism and separatist groups, morphing images, sneaking profiles etc. the list gets endless with every reason to crucify it as an untamed Frankenstein, a monster produced in the lab out of some erroneous experiments. That was a fiction but social media in reality, is transcending us to such a situation that WW III might very well be fought over social platform. News jargons are being coined which are super potent to lead us towards a point of no return.

Take a pause now! You must be thinking it’s the lunatic professor who has missed his daily dose of anti-depressant pills. Common now, it wasn’t that boring yeah! Shifting gears to the other side of a boulevard, Social Media truly has come up as ‘Alternative Democracy’ in last one decade or so. It has given the periphery voices a chance to get their echoes heard at the highest levels. A mouthpiece which supports plurality and divergence, the cherished maxims of Postmodernity.

Talk about India Against Corruption movement, it was not the electronic media rather the Facebookers and Tweeteratis who shot Anna Hazare to instant fame. Even the present CM of Delhi must be thanking the avid Social Media maniacs for whom political career went from rags to riches. The gruesome Delhi Gang Rape also saw the entire nation mourning over Nirbhaya (Braveheart) and a mass hysteria for justice which literally kicked the Andha Kanoon to agility, with little validity off course. The recent addition to this list is an incident at Meerut where a hare-brained cop smashed the

The recent addition to this list is an incident at Meerut where a hare-brained cop smashed the type-writer of an old man, his only source of earning for no earthly reason. As expected, the social media activists took no time to vent their articulate wordy venom towards UP government and Police administration. The District Magistrate and the Police Super rushed to the poor man’s house with a brand new typewriter and words of apology, ‘Damage Control’.

So it’s neither a Dirty Picture nor a Red Carpet event, if we are to predict the future of this mega structure of webbed web. Everything is in the mind, to be precise in our hands. The use and gratification will have the last say whether we will be haunted by an untamed Frankenstein or a well-armoured knight posing as a saviour. The future holds the key and to unlock the mystery patience is the ultimate virtue.