We love watching Chakravartin Ashoka Samrat serial. No wonder, the serial is a historical fiction which talks about the life and times of Ashoka. However, some fictional aspects in the serial are totally weird. Neither it narrates history nor does it support the basic geography.

For instance, we are shown Ashoka plans his trip to Takshila from Pataliputra. Now this journey is not by road but is rather a sea voyage. Wondering whether there was a sea from Pataliputra to Takshila which got drained like river Sarasvati? Well, let’s just dig into the details of the past geographically! 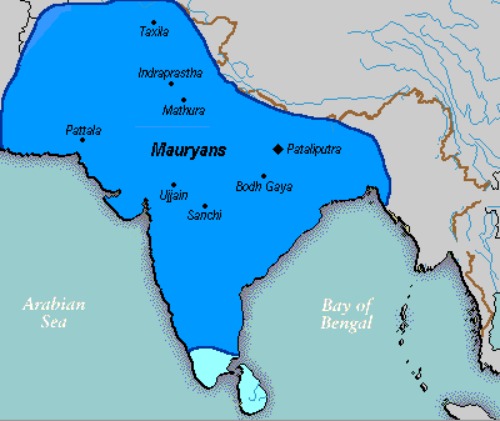 Pataliputra was connected to Taxila by Road not by Sea

Well, no sea ever existed between Pataliputra and Taxila! Taxila now in Punjab, Pakistan and Pataliputra, the present day Patna was well connected by the road Uttarapatha (later the Grand Trunk Road). It was the same road that connected the South Asia to the Central Asia. Historical evidences prove that this road existed during the Mauryan era and the Mauryans used it extensively for various purposes.

According to the Greek diplomat Megasthenes who spent 15 years in Magadh during the Chandragupta Maurya times, Takshila was well connected to all the other parts of the Mauryan Empire by roads including its capital Pataliputra. He described a Royal Highway which is nothing but the northern road (Uttarapatha or the Grand Trunk Road) in his writings that connected the cities of Purushapura, Takshashila, Hastinapura (present day Delhi, Gurgaon), Kanyakubja, Prayag (now Allahabad), Pataliputra (Patna) and the city of Tamralipta. This road was built during the time of Chandragupta Maurya in 8 stages and an army of officials were assigned to check the maintenance of the road.

Unfortunately instead of detailing us about the Great Grand Truck Road of the ancient era that connected India to the West, the makers of the serial Chakravartin Ashoka Samrat are trying to make us believe that one had to travel from Pataliaputra to Takshila via sea, which never existed though.

Lesser Known Facts About the Urban Life of Mauryan Empire