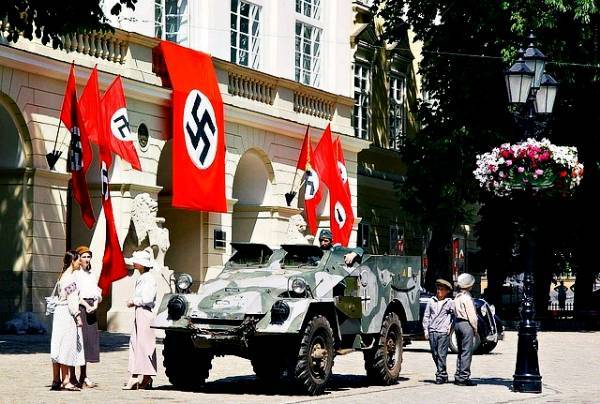 A string of terror attacks across the globe have shaken the world’s most powerful nations to their core. As a result of these tragic events, and the fear-mongering from politicians hoping to exploit them, many feel that an existential threat is nigh.

To make matters worse, a highly influential and experimentally verified theory from social psychology predicts that, as long as an existential threat looms, the world will grow ever more divided and increasingly hostile. Terror management theory (TMT) explains how and why events that conjure up thoughts about death cause people to cling more strongly to their cultural worldviews – siding with those who share their national, ethnic or political identity, while aggressively opposing those who do not.

Consequently, sharp increases in deadly terror attacks around the world serve to create a sweeping psychological condition that sets the stage for waves of far-Right nationalist movements that encourage prejudice, intolerance and hostility toward dissimilar others.

Europe’s nationalist surge, Brexit in the United Kingdom and the presidency win for Donald Trump in the United States are just the most recent demonstrations of TMT, first proposed by social psychologists in the 1980s and derived from cultural anthropologist Ernest Becker’s Pulitzer Prize-winning work of philosophy and psychology, The Denial of Death (1973).

Becker’s big idea was that much of human action is motivated by a fear of death. Unlike other animals, which lack higher cognition and the ability to reflect, humans recognise the inevitability of their own death. The conflict that results from this realisation and the natural desire to live produces cognitive dissonance that causes profound terror and anxiety. According to Becker, humans invented culture as a buffer for the terror. By adopting cultural worldviews that instil life with meaning and value, one can effectively manage the subconscious dread that is always bubbling below the surface.

While religions offer a path to literal immortality through the belief in an afterlife, non-religious cultural worldviews – such as political ideologies and national identities – provide paths to symbolic immortality. Symbolic immortality refers to being part of something larger that will ultimately outlive the individual, such as a great nation or a movement with a collective identity and pursuit. Much of human effort is dedicated to acts that might help one be remembered by groups or society long after death.

Of course, no matter how logical or intriguing a theory might sound, it is merely speculation if it makes no testable predictions that can be confirmed or disproven by experiment and measurement. What might be most impressive about TMT is how much success it has had in the laboratory. Hundreds of empirical studies have provided support for the theory by confirming something called the mortality salience hypothesis.

According to this hypothesis, if we do in fact adopt cultural worldviews to curb a fear of death – as TMT posits – then reminders of our mortality should produce actions that serve to strengthen faith in our worldviews. Specifically, death reminders should motivate individuals to invest more in groups to which they belong and, conversely, to act more aggressively towards those with different cultural worldviews and national or ethnic identities.

A particularly amusing experiment used hot sauce to measure the phenomenon. Students were broken into two groups and asked to write an essay about their own death or another, more benign topic. They were then presented with someone who did or did not disparage their political views, and asked to decide on the amount of mouth-burning hot sauce that person should have to consume. In line with TMT and the mortality salience hypothesis, participants who’d written about death allocated a large dollop of hot sauce to those who didn’t share their worldview, while those in the control condition did not.

Another mortality salience study on aggression conducted on both Iranian and US college students shows disturbing results. One group of students was asked to ‘jot down, as specifically as you can, what you think will happen to you as you physically die,’ and to describe the emotions aroused. Participants in the control condition were given similar questions related to dental pain. The results showed that Iranian students who were made to think about death were more supportive of martyrdom attacks against the US, while those in the control condition opposed them. Similarly, death reminders made US students who identified as politically conservative more supportive of extreme military attacks on foreign nations that could kill thousands of civilians.

From these findings, it is easy to see how nations under attack can quickly grow more divided and increasingly hostile towards those from outside cultures. In fact, studies have shown that mortality salience can amplify nationalism and intensify bias against other groups. Evidence suggests that reminders of death can even influence elections, pushing voters to favour candidates on the Right. Five weeks before the 2004 US presidential election, scientists conducted studies on New Jersey voters to see whether mortality reminders influenced voting directly. Participants were given the same questions about death as the Iranian students in the previously mentioned study, while those in the control condition received parallel questions about watching television. What they found was pretty astonishing. Those voters prompted to think of death said they intended to vote for George W Bush, the hawkish conservative president, by a three-to-one margin; those prompted to think about TV strongly favoured the Left-wing challenger, John Kerry. Such results could help to explain why, after the terror attacks of 11 September 2001, Bush went from having some of the lowest approval ratings ever to being extremely popular with both Republicans and Democrats.

So what does this all mean for the world today? If massively destructive terror attacks continue, terror management theory predicts that societies will grow exponentially more chaotic and divided. Heightened aggression towards dissimilar others produces a tendency to favour war over peace. Right-wing nationalism will thrive along with prejudice and intolerance. Islamic fundamentalism will flourish while terror attacks grow more frequent. Raised tensions between nations, ethnicities and political groups will lead to further conflict, creating a devastating feedback loop of suspicion and violence.

But it is critical that we not lose optimism in these challenging times. By becoming cognisant of the inflammatory and divisive effect that death reminders and perceived existential threat have on all of us, we can begin to take steps toward defending against it. After each terrorist attack we must actively work to unite groups with different nationalities, ethnicities and cultural worldviews. We must help build bridges between dissimilar communities, and discourage ideas such as immigration bans. And we must be conscious of the way some politicians use fear-mongering and propaganda to manipulate voters. Such efforts, combined with a calm and cool temperament, can help manage the terror of mortality in ways that preserve rationality, compassion and peace.

Bobby Azarian is a cognitive neuroscientist, a researcher in the Visual Attention and Cognition Lab at George Mason University, and a science writer whose work has appeared in The Atlantic, The New York Times and Scientific American, among others. His research has been published in journals including Cognition & Emotion and Psychonomic Bulletin & Review. He also runs the blog Science is Sexy.