However, while making the point on immigration and restricting immigrants to enter the United States of America, Mr. Trump is forgetting that the Silicon Valley would be nothing without the immigrants. After all, not just Americans but immigrants in America have revolutionized the tech industry completely, giving a common man the joy of knowledge, source of income, and better facilities. 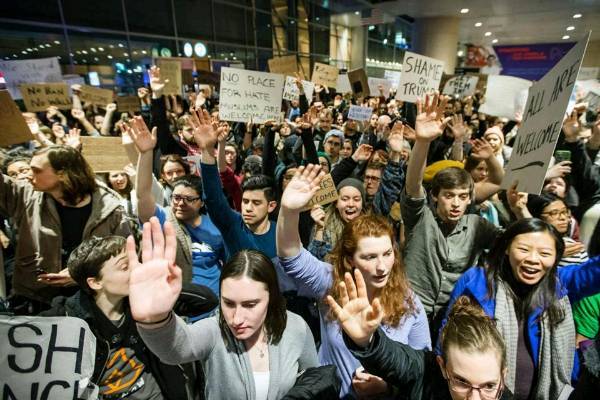 If not for immigrants, the American tech industry wouldn’t be as much flourishing as it is doing now and here are the reasons why:

1. The Co-founder of Google Sergey Brin Is An Immigrant from USSR

At the age of 6, Brin with his family immigrated to the US from the Soviet Union. He met Larry Page during his PhD days in Stanford. Interestingly, the duo together had applied Brin’s data mining system in their dormitory to build a web search engine.

2.Steve Jobs’s Biological Father Was a Muslim Immigrant from Syria

Though Jobs have always called his adoptive parents (Paul and Clara Jobs) as his parents, one cannot deny the fact that Steve Jobs’s biological father, Abdulfattah Jandali was born into a Muslim household in Syria. His biological mother Joanne Carole Schieble was a Catholic of Swiss and German descent.

3. Elon Musk is From South Africa

The man behind Tesla, SpaceX, SolarCity, OpenAl, Zip2 too is South African born Canadian-American who is known for being an engineer, inventor and an investor.

4. Co-founder of Dropbox, ‘Arash Ferdowsi’ Is an Iranian-American Entrepreneur

Arash Ferdowsi an Iranian American co-founded Dropbox a place where you can save all your files in cloud for free with Drew Houston. While, Drew is CEO, Arash was CTO (Chief Technology Officer) till 2016 post that another immigrant from India Aditya Agarwal has been appointed as the new CTO.

5. Founder of Ebay is An Iranian-American Entrepreneur and Philanthropist

Pierre Morad Omidyar is an Iranian-American entrepreneur and philanthropist who founded the eBay auction site in 1995.

Besides, we should not forget that immigrants have been so technically sound that they have been on some of the highest position over the years. For instance, India’s Sundar Pichai is Google’s CEO and Satya Nadella is Microsoft’s CEO.

Lastly, more than half of the startups in America that are valued more than $1 billion (those that are known as “unicorns”) have an immigrant co-founder. So, I guess we all know what would be the tech sector in America without immigration?