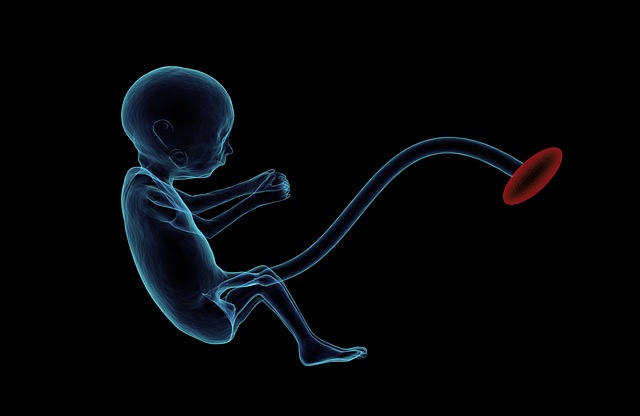 The first successful uterus-transplant births in the United States happened in Dallas in November 2017, building on the success of a Swedish team a few years prior. Where regular pregnancy is impossible, traditional surrogacy is already an option for women who can afford it, and who live in countries where it is legal; in both cases, the foetus is produced by in-vitro fertilisation (IVF) with eggs extracted from the woman, and in both cases, the foetus is biologically related to the mother (unlike gestational surrogacy that uses donor eggs). Bioethicists remain split on the ethics of uterus transplants: those who favour consensual surrogacy are often against transplants on the grounds of cost and safety to the donor, the recipient and, possibly, the foetus. Those opposed to surrogacy as fundamentally exploitative insist that uterus transplants are the only possible ethical choice between the two.

Womb transplants, unlike surrogacy, give women with uterine factor infertility the opportunity to experience pregnancy and the delivery of their biological offspring. However, as the uterine nerves are not reattached during the transplant, and the foetus must be delivered by Caesarean section due to the fragility of the womb, this seems inadequate to justify the multiple medical risks when another option is available. These risks include the initial transplant surgery, the anti-rejection medication that the recipient must take prior to and during her pregnancy, and the C-section surgical delivery. Does the experience of gestating a foetus offer a significant enough therapeutic benefit over surrogacy to allow for the risks?

It’s not simply a question of life-or-death interventions: so-called ‘lifestyle transplants’, including those of face and hands, offer such a significant increase in quality of life and such a decrease in daily physical, emotional and/or social challenges that they have become essentially non-controversial, despite the risks. It’s too hard – for many – to live without a face or hands. So some – very few – get new ones. However, is it so hard – for some – to live without carrying and delivering a child that the risks of a uterus transplant are justified?

Both surrogacy and uterus transplants privilege biological and genetic motherhood through the use of other women’s bodies; surrogacy in particular often uses poorer women to satisfy the needs of wealthier ones. That might be a fair market transaction; opinions differ. But it absolutely is a transaction. One of the first US recipients of a transplant, in Ohio in 2015, said that, when she found out at 16 that she had no uterus, she wondered if anyone would marry her. Someone did; they adopted two children. But she still craved the experience of pregnancy: ‘I want the morning sickness, the backaches, the feet swelling. I want to feel the baby move,’ she told The New York Times in 2015. The couple had considered surrogacy but couldn’t afford it. So they opted for a uterus transplant instead, since the costs would be covered by research money and health insurance.

Uterus transplants do not protect vulnerable women from using their bodies as a financial resource. Instead, like surrogacy, the procedure involves commodification – of experience, and of reproductive organs. This particular recipient made a calculated decision in order to have biological children. A hospital committee decided she was an appropriate and worthy candidate based on its inclusion criteria. These include: having a partner to support her recovery; having functional ovaries; passing a series of rigorous mental and physical health screenings that ensure she has no psychological disorders or relationship problems, including pressure to undergo the surgery. The criteria currently insist that the candidate has to be a physiologically female; while transwomen and even cis men might also be successful recipients of a womb transplant, the hormone interventions would be more complicated. Such candidates also lack working ovaries, so the resulting foetuses would still not be a product of the carriers’ eggs (though possibly their sperm). This all makes good medical sense. It also puts a woman’s fitness to be a mother in the hands of an external committee that decides what happens to a woman’s reproductive organs and reproductive decisions.

At the moment, a candidate for the surgery volunteers to have her maternal fitness assessed. She opts in to the risks through informed consent. She makes a calculated decision to achieve a deeply desired end. Her body, her choice. How can an intervention that increases a woman’s choices around her body and her reproductive options be bad for women, be bad for feminism? Shouldn’t women be offered the opportunity to make these decisions? Except that in the case of the uterus transplant, women aren’t making their own reproductive decisions. A committee is.

There is a feminist positon that supports the uterus transplant, arguing that it allows women – cis, and potentially trans – to be included in an experience that is, for some, central to and defining of femaleness. That’s part of the problem: the uterus transplant supports the social norm of pregnancy as fundamental to being a woman, and offers tremendous financial resources to that end. Situating the pregnancy experience as a need that justifies multiple elective risks reinforces existing and deeply pervasive narratives about womanhood as constituted and constrained by biology. It’s a tricky line: women’s choice and bodily autonomy, particularly around reproduction and reproductive organs, are central feminist values that are constantly under attack and must be defended. IVF inspired similar debates, which was once highly stigmatised and is now, for those who can afford it, commonplace. Surrogacy too seems to be moving towards greater acceptance in some countries. Perhaps uterus transplants are just the next frontier in reproductive technology.

But there’s an important difference: the end goal of the other technologies is a baby; whereas the end goal of the uterus transplant is a pregnancy. Carrying a child becomes a need whose fulfilment justifies tremendous risk, possibly to multiple people. Women’s body parts are being extracted and commodified to support a biological vision of motherhood and womanhood, prioritising a pregnancy imperative at considerable cost. While on the individual level, women must absolutely be allowed to make choices over their own bodies, this one is too costly, both in terms of risks, and – more abstractly but equally importantly – in terms of the vision of womanhood that it supports. Uterus transplants ask donor and recipient women to risk their lives in order to experience pregnancy. The procedure prioritises the experience, and only the experience, of pregnancy over safety. It puts infertile women’s bodies on the line, and insists that it is worth it in order to fulfil women’s alleged biological destiny as carriers of future children. There are also risks to the donor when a living woman gives her womb; in addition to the potential hazards of the surgery itself, donors can experience a decrease in sexual satisfaction sometimes typical for women after a hysterectomy. There are also possible risks to the foetus (though there is ample research on which anti-rejection medications are safe during pregnancy). Surrogacy presents none of these risks.

There are other ways to become a mother. By prioritising this one, the uterus transplant potentially devalues the lives of women with uterine factor infertility. It also potentially devalues the lives of women who cannot carry children, tempting them to undergo considerable risks for the sake of a supposedly fundamental female experience. In so doing, it prioritises pregnancy over life itself.

This article was originally published at Aeon. You can read the original article here.