Gone are the days when women’s role was confided in an enclosed kitchen. Today, they are not just walking shoulder to shoulder with the darker sex but also outdoing them in several fields. What’s more there is no dearth of capable women entrepreneurs in India.

Breaking the barrier, women have proved that they can very well succeed in managing the business accounts as much as they can handle the home economics. 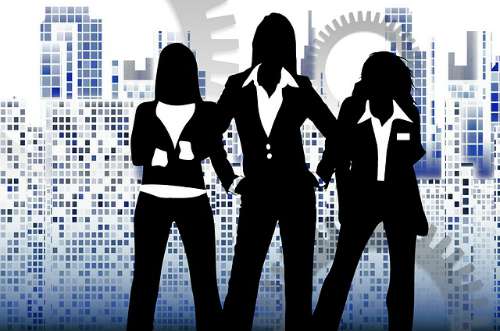 While there are many women entrepreneurs in India, from TV Czarina Ekta Kapoor to Biocon Chairman Kiran Mazumdar Shaw who have made their name in the world of business, here we share the names of 4 women entrepreneurs who became somebody from nobody:

Against the wish of her parents, she married at the age of 19. Unfortunately, her husband turned out to be an alcoholic and abuser. She was thrown out of the house with two children. Nowhere to go, her father gave her a refuge at his home. She then started selling jam, pickles and squashes. Surprisingly, on the first day, she could sell everything what she had prepared. This gave her immense confidence. Soon, she got an offer to run a mobile cart at Marina Beach. Unfortunately, on the first day she could sell only a single cup of coffee at Fifty paisa (The year was 1982).

Disheartened she came crying at home. However, her mother restored her faith and next day she earned good by selling snacks and other items on her cart. Soon, she got offers to run canteens in offices and government buildings. In between her daughter and son-in-law died in a car accident after a month of marriage. Patricia became weak, but with the assistance of her son, she opened a chain of restaurants – Sandeepha. Today, she is one of the successful women entrepreneurs in India and earns more than 2 Lakh a day and more than 200 Employees work for her.

A Ameena – A Burqa Clad Founder of PJP, an Industrial Sawdust Provider in Pondicherry

There is great level of skepticism when a woman enters into a male dominated business and when that woman is a burqa clad young girl, the cynicism just doubles. However, nothing could beat the determination of A. Ameena, the founder and proprietor of PJP industries, Pondicherry.

A Ameena grew up in Pondicherry and got married at the age of 17. Her husband had a Gulf job and so she decided to join the family venture – a Chemical Business. Later, inspite of all the sarcasm, distrust and doubt on a burqa clad woman, she entered into the male dominated industrial sawdust business. Today, she is running the business successfully and has big customers including Godrej. Such is the spirit of women entrepreneurs in India.

Sudeshna Banerjee – From a Loner to a Business Woman

She was a teacher and a married woman until she realized her husband of 6 years is cheating on her with her own friend. Immediately, she decided to walk out of the marriage (which her husband never expected). Next, she joined an AutoCAD company. During the entire phase, she had to go through a lot of struggle. Being a single woman, she even had to face lot of challenge in getting a flat. Then there was always a tiff with the male managers who never considered her as an equal.

Eventually, after going through all these hardships, Sudeshna decided to turn a business woman and overtake the same company where she was working after the business owners decided to close it down due to losses. This company is now DigiTech HR and has projects from different countries including Australia, Dubai and Sri Lanka. Sudeshna, undoubtedly, is one of the women entrepreneurs in India who’s story is not only inspirational but also a life lesson!

Her life is nothing but a roller coaster ride. Once an active participant in Student politics, she ended up in a wrong marriage, eventually finding herself alone with a 10 day old baby without any financial resource. She took a job and later realized how working people needed a personalized concierge service.

Soon she met Prateek Kumar of Wipro, NS Raghavan of Infosys and Mr. Joseph of Mascot Systems and started offering them services and thus was born Les Concierges. Dipali started her business with just Rs. 5000 and today the company’s revenue is anything around Rs. 15.5 crore annually. The next stop of Dipali’s company is Cairo.