Everybody seems to be jealous of freelancers these days. After all, these lucky badass are not only independent but also earners with no boss at all. But, but, but, they are not that luck as you fantasize. 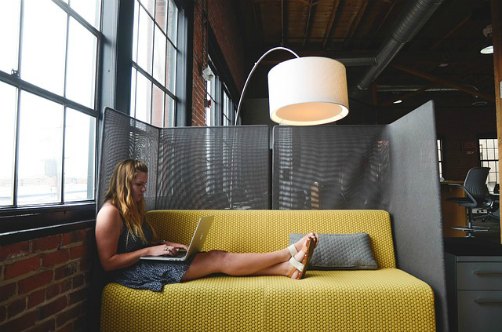 Here we share bizarre problems faced by freelancers which are far bigger than what you think – Yes, 8 Reasons Why Young Indians Should Never Become Freelancers

No matter how much hard work you do or try to manage time to do some extra work, your family and friends will always take you as ‘unemployed’. Worst, since you appear “free” to them always – you’ll be nagged to baby sit, run errands and forced to do all the unnecessary work. No, meddling with laptop is not a real work, going out for a 9 to 5 job by catching a bus/train is a “real” work.

Because vacation will always bring you in a state of misery

While a person working from 9 to 5 go on vacations by taking their paid leaves, a freelancer accompany them calculating how much will the vacation cost to them. This includes both, money that will be spent on the vacation plus money that they missed making during the vacations. If only freelancers too had paid vacations!

You might work less and Socialize on virtual world more

No Sunday isn’t a Holiday for Freelancers

Sunday was never a holiday for freelancers nor will it ever be. Freelancers are suppose to work 24×7 and expected to reply to their clients the moment they press the sent button on their mail, so what if the client mails at 3 am in the morning – Isn’t freelancers suppose to put an alarm of “Mail Alert” on their cell phone?

You will only Bring Shame to your Family

Out on a family gathering when Mr. Kapoor will introduce his son as the General Manager of Yes Bank, Mr. Deb will introduce her daughter as Senior Manager in R&D Department of a World Famous Clinical Laboratory, your parents with nothing to say, will only frown at you. You might only come to rescue here, if you by any chance have siblings who are doing well in their so called “real”

You’ll be looked as a loser in your peer group

In an alumni meet of your college or a weekend get together when most of your mates might talk about their yearly packages, that hot sexy colleague and their next upcoming promotions, with nothing to boast about your job, you’ll be neglected all the time. In such a scenario, a part of the group will pity you and another part will look you as a “loser.

You will never have a financial backing

Freelancers are normally not respected because their precarious works makes them same as casual laborers. So, if you are a freelancer, without the salary slip no financial institutions will ever give you a loan to buy your dream house, no bank will give you a credit card and worst, even the sales executive who generally nags salaried person will bang the phone on your face once he/she knows you are a freelancer.

You will stay a Bachelor forever

In India, if you are single and young, no matter how smart, good looking or intelligent you maybe, if you are a freelancer, chances are, you might be a bachelor forever. Yes, because no father will ever give you his daughter’s hand unless you patao his daughter and run off for a love marriage. However, that is a separate story whether the modern 21st century Indian girl would like to run away with a person who has no job security at all.