India is a country full with cricket enthusiasts. Here, almost everybody loves cricket. No wonder, Cricket is our religion and Sachin Tendulkar is our God. This is the reason why so many celebrities put their money in this game and even buy teams except for Abhishek Bachchan who decided to try his luck into India’s very own kabaddi.

Why Kabaddi? Well here we share some of the facts about Kabaddi and Pro Kabaddi league which you might have not known till yet: 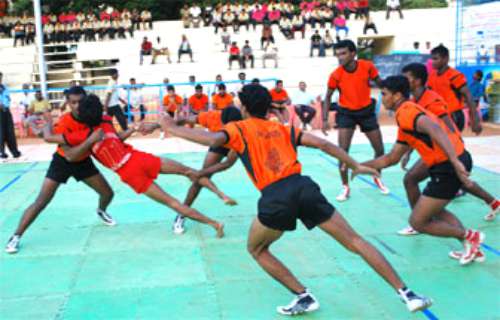 Kabaddi Has Its Origin in Mahabharat

Though the geneses of Kabaddi are still not clear, we know this sport has its origin in Indian subcontinent. It is largely believed that Kabaddi was invented by Arjuna’s son Abhimanyu in the Indian Mythology of Mahabharat. If you remember the Chakravyuh which surrounded Abhimanyu was a formation of seven circles and this is the reason why the sport is seven against one.

Kabaddi is played in India from as long as 4000 years

Since Kabaddi is India’s native sport, it has been played in Indian subcontinent from as long as 4000 years. What’s more the sport is national game of Bangladesh.

Kabaddi got its first International Exposure in 1936

India exhibited Kabaddi first time in the International level in the year 1936 during the Berlin Olympics. What’s interesting is the fact that the game is now played in several countries including USA, Spain, Denmark, Belgium, Italy and Argentina. In the year 2010, women’s kabaddi was also included in the Asian Games of Guangzhou.

Since its conception, India has won all the Kabaddi World Cups

India is best when it comes to Kabaddi. In fact it is the only game in which our team whether women or men, have never lost even a single world cup.

Kabaddi Is a State Game of Tamil Nadu and Maharashtra

Unlike the common conception, Kabaddi is not a North Indian sport. In fact, it is a state sport of Tamil Nadu and Maharashtra. What’s more, the term Kabaddi is derived from Tamil words “Kai Pidi” meaning hold your hands.

The first season of Pro Kabaddi League (PKL) was watched by nearly 435 million people only after IPL and the Cricket World Cup which was seen by almost 500 and 635 million people.

Charu Sharma Is the Mastermind behind Pro Kabaddi League

Why is A Condom Sponsorship Infuriating Kings XI Punjab Players?