Saurabh Patel, the vichitr Jodi partner of Shivashish Mishra introduced himself as a simple farmer in the latest season of Bigg Boss. However, off late, the internet is questioning his really identity after a report in BollywoodLife went viral where the source identified him as Sahil Rameshwar Patel and told the online portal how he has been faking his real identity as that of a struggling actor. 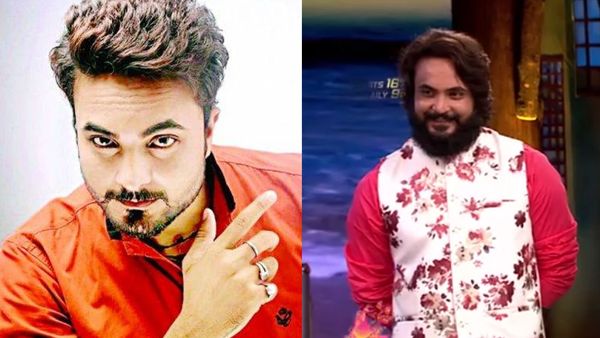 Now the audience of Bigg Boss 12 have several questions in their mind, here we try to answer them all with our quick analysis after going through all the reports and angels.

Well, Saurabh’s brother confirmed that his father’s name is Rameshwar Patel but he has no idea who Sahil is. According to him, everybody in and around their area know Saurabh as Saurabh. He has no clue whether his brother went by the name of Sahil anytime. However, he did mention that his brother did go to Mumbai.

So, is Sahil Rameshwar Patel and Saurabh Patel are two different people? Well, certainly not, as not just their middle name and surname their native place is also the same. For the moment, even if we side line these two angels, their photo is a testimony that both of them are no two different people but the same.

Now that many people change their name to enter the film and TV industry, perhaps Saurabh would have gone with Sahil. Along with several Big Bollywood actors like Akshay Kumar, Dilip Kumar, Jeetendra, even the current Bigg Boss 12 contestant Karanvir Bohra too have changed his name. He was earlier known as Manoj Bohra. This clears the confusion around the name.

Why Did Saurabh Patel Lie About Being a Farmer and Didn’t Mention He Was a Struggling actor and Assistant Casting Director?

The reasons are best known to Saurabh but here we would share our opinion and analysis on this revelation that came in front of the people.

Well, now that his family is into farming and they own farm lands (Going by the footage shown on TV during his introduction), technically, he is a farmer. He might even have farm lands on his name. You never know. So, that does make him a farmer. Now telling an audience one side of the story and not showing the other side doesn’t mean lying. Perhaps he wouldn’t really wanted to bring his that aspect in front of the public.

Now the question is, why didn’t he mention that he was a struggling actor and assistant casting director in the show. Well, since he wanted to entry the house as a commoner, it was so very obvious that he would show his common side than revealing the little side of him being worked in the TV industry. Basically, we think he didn’t lie about his identity but did hide his life story as a struggling actor and a casting director.

Does that make him a Fraud?

Well, certainly not. To enter as a commoner in the house with his friend, he decided to ignore his little bit stint in the industry and decided to showcase his common side. I’m sure although the viewers have been knowing this now, the channel must have done a research on him before selecting him to go inside the house. However, now that his brother did mention that he always dream of getting into the limelight, it is interesting to note that Saurabh smartly played the cards to get going in the game. Fraud? not really, Manipulator? Sure he is!

Is His Friendship with Shivashish Mishra Real?

Well, according to the brother of Saurabh Patel, both have been friends from a long time. Shiv is one of the closest friend of Saurabh. Interestingly, Shiv’s sister is married in the same area as that of Saurabh and this is how they got to know each other well. Going by the narration of his brother, it was Shiv who insisted and encouraged Saurabh to audition for the reality show when he expressed his desire to get into the show.

With so many interesting singles like Srishty Rode, Karanvir Bohra and jodis like Anup Jalota – Jasleen Matharu, we aren’t sure how much time this vichitra Jodi will survive, but it would be interesting enough if Salman Khan would ask Saurabh as to why did he decide not to speak about his stint in the glamour industry. What do you think?