(Finally the wait for Chandra Nandni is over! The Ekta Kapoor serial goes live today on Star Plus at 8.30 pm. However, thanks to HotStar, we could catch up the first episode of Chandra Nandni sharp at 6.30pm. So, while you are eager to watch the story of Mahan Samrat Chandragupta Maurya and his wife, here we share the review of the historical drama.

The serial starts with a narration from Chandragupta Maurya’s mother Moora. She highlights that though history claims her to be a dasi and/or a concubine. She, in fact, was a Maharani. Yes, the serial starts with Maharani Moora’s story where she is having a good time with her husband Suryagupt Maurya, the king of Piplivan. She is heavily pregnant. Both the king and the queen looks made for each other. 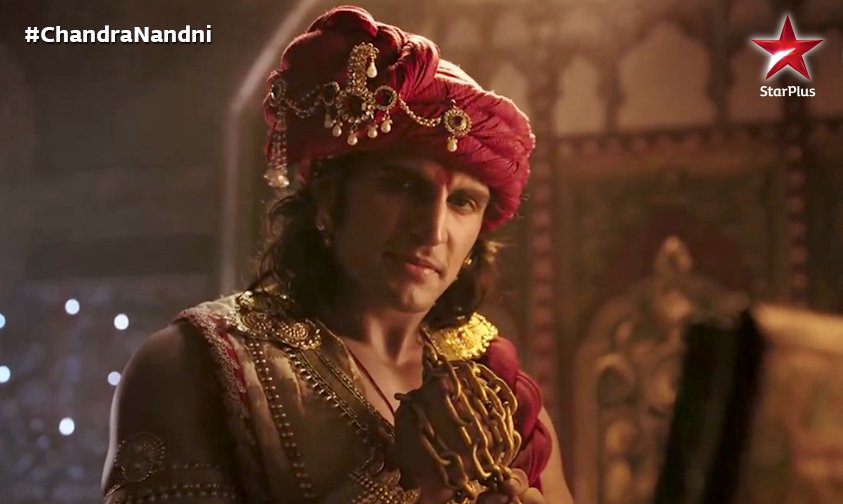 Next, they head to Magadh after getting an invitation from a friendly neighbourhood state i.e. Magadh. Everything looks fine until Arpit Ranka is introduced as a creep daas named Nand who lusts Moora.

The twist in the tale is that Nand is Maharani Magadh’s lover. And just when they get intimate Suryagupt Maurya sees them. Going by the precap, Nand will kill Suryagupt Maurya and Moorah will run to save her unborn child. Fortunately, by Gods’s grace, she will give birth to her son none other than Chandragupta Maurya.

So, the historical serial will yet again raise a lot of eyebrows in the coming days. For instance, there is a big question whether Chandragupta Maurya’s father’s name was Suryagupta Maurya? Was Chandragupt a prince?

Well, the timing of the serial is apt. After all, the story of Chakravartin Ashoka Samrat is fresh in everybody’s mind but the serial went off air. So, all the historical buffs will surely watch the show for its story, cast and direction.

No wonder, the serial is produced by Balaji Telefilms’ and the production house is known for giving good plots, scripts and screnplays along with controversial. Jodha Akbar is one such example.

The Not So Good Thing

Although we love the set, the dress of the characters, and even the backdrop of the story, the serial lacks the historical fictional charm in its very first episode. We know once Rajjat Tokas and Shweta Basu Prasad takes centre stage as Chandra Nandini things would be different. Still, we expected the prologue to their entry as something to remember.

The dialogues and the language appear to be more on the modern side.  We just hope the serial gives our eyes a treat to watch the ancient story than trying to connect the dots with modern day issues like women empowerment.

Looks like we will have to sit and wait till Chandra Nandni comes in picture to review the serial all over again.

Did you watch the first episode of Chandra Nandini – What is your views on the same?