Ekta Kapoor’s yet another historical show Chandra Nandni starring Chandragupta Maurya and Nandini is being aired on Star Plus. This is her second attempt on the history genre after Jodha Akbar.

Here, we share the Chandragupta Maurya Cast along with their real names and background: 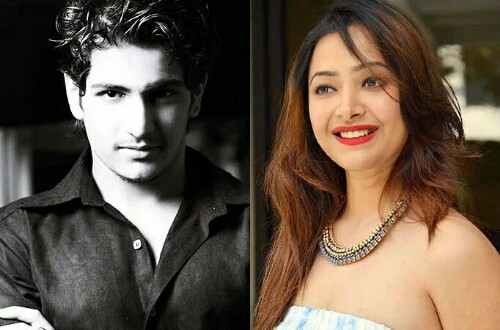 Rajat Tokas is a class actor when it comes to acting in history.  As Akbar, he not only delighted the fans but also got a massive fan following. His chemistry with the onscreen Jodha (Paridhi Sharma) was so apt that fans want nobody other than her to star opposite him in Chandragupta Maurya serial.

Interestingly, the AkDha and PariJat fans had signed online petition too to cast them together. However, Paridhi Sharma’s entry is still not confirmed. Before Jodha Akbar, Rajat was also seen as Prithviraj Chauhan and few other Balaji shows. Off late, he did a cameo in the popular show Naagin as an Icchadari Nevla.

Remember Shweta Basu Prasad, the Shruti of Kahani Ghar Ghar Ki? The one who was seen in Vishal Bharadwaj’s National Award film Makdi and Nagesh Kuknoor’s Iqbal? Yes, the same actress is now grown up and will be seen as Nandini, Chandragupta Maurya’s love interest.

Papiya Sengupta is known for her role in1997’s Alif Laila. She has done several Balaji TV serials including Pyar Kii Ek Kahani where he essayed the role of Madhu Dobriyal.

Besides, she has acted in several shows like Fear Files, Savdhaan India, Anamika and is currently seen as Sonali Sabharwal in Sony TV’s Yeh Kahan Aa gaye Hum.

Arpit Ranka as Raja Padmanabhan – The King of Kalinga

Remember Star Plus’ Duryodhan last seen in Nach Baliye 7? Well, the actor has been roped in to play the antagonist. He will be seen as the king of Kalinga – Raja Padmanabhan. We wonder, who will essay the role of Nanda King, one of the main antagonists of the Chandragupta Maurya cast.

The role of Raja Padmanabhan’s wife will be played by Mansi Sharma who has been quite loyal to the Balaji camp. She was earlier seen in Pavitra Rishta and Pyaar Ko Ho Jane Do.

There is still no confirmation of Paridhi Sharma being a part of Sony TV’s Chandragupta Maurya cast. We wonder, what the die-hard fans of her has to say about this. Besides, we are eager to know who will essay the role of Helena, the daughter of Selecus Nikator whom Chandragupta Maurya married later.