We all know how Zee TV show Jodha Akbar was abruptly removed from the channel to give way to another show in spite of the fact that the fans and viewers wanted the serial to continue. 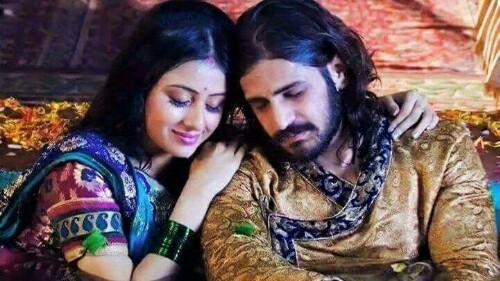 This is the reason why fans have started an online petition requesting the second season of this once most watched serial. No wonder, the fan impact can compel the channel and the producer. There have been times when the Balaji head Ekta Kapoor had to work upon the petition signed. She once had to almost twist the plot of Pavitra Rishta, a popular Zee TV show just to reunite Arjun and Purvi on fans demand.

Here too we expect a similar impact as fans demand Jodha Akbar season 2. Below mentioned are the reasons why they are demanding the same:

While, we could see their hatred turning into love, and they becoming lovers from enemies, we simply couldn’t witness much about their relationship as a young parent. The two leaps from a baby Salim to kid Salim and then the teenage Salim was so quick that we could hardly witness any chemistry between the two.

The Show Didn’t Highlight Much about Their Individual Personalities

We all know that Akbar was a great warrior and strategist. However, the Emperor in the TV show was usually seen in clearing kitchen politics. Also, according to certain known sources, Jodha was involved in the administration of the court and also had certain key roles and responsibilities. Fans feel that this angle wasn’t much explored in the Jodha Akbar serial and should be the highlight of season 2.

According to the petition, fans are complaining that the serial Jodha Akbar didn’t attempt to show the mother and the children relation. What they mean is, they should have stated each child’s biological mother, clearing the confusion rather than keeping the fans and viewers speculating about the biological mother of Akbar’s children..

Another reason is that the viewers and fans are keen to watch their favorite couple yet again. This is the reason why they are trending #WantRajatParidhiTogether on Twitter time and again. We too had penned down an article on the same recently demanding and requesting the reunion of TV’s favorite couple onscreen. There are also plenty of forums and blogs were the fans are discussing the same.

Because Jodha Akbar was abruptly Ended

There wasn’t a proper end of Jodha Akbar serial. The show was simply ended because the channel wanted to give the prime time to another show. Though the fans protested, they decided to wind up the show. This is the reason why Jodha Akbar Season 2 is a demand of almost all the TV viewers.

If you too are a fan and want to see Jodha Akbar season 2, join the campaign by signing the petition here.

Reasons Why Rajat Tokas and Paridhi Sharma Is a Fantastico TV Couple!