Its not often that a Bollywood Movie comes so close to perfection and who better to achieve that but Mr. Perfection himself.

Aamir Khan is known to bring in some memorable movies which will stand the test of time and are worth a watch more than just once or twice.

Dangal is another such movie from him. 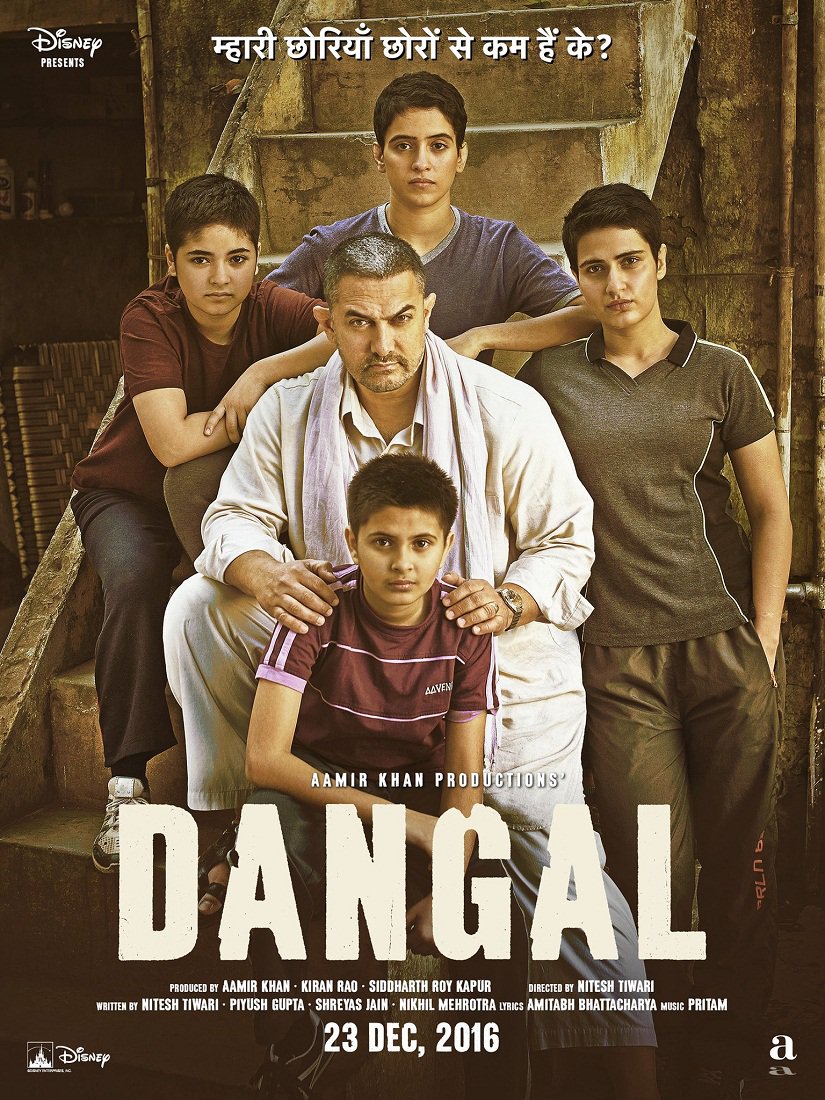 An absolute entertainer with the right amount of masala in it, Dangal manages to keep you engrossed from the first minute, right till the end.

Based on the true story of the Phogat sisters and their father Mahavir Singh Phogat, Dangal takes you through the journey of one man’s sheer stubborn insistence to get a Gold Medal for his country. And if he can’t do it himself, he will force his daughters to get into what people traditionally thought to be a man’s game and win it for him.

Patriarchal??? Yes. But since the movie is 96% true (in Mahavir Phogats own words) that’s how it is. Whether you like it or not.

The movie is so captivating that even though you might know the entire story of Geeta Phogat, you will still be chewing your nails to bits during the climax.

Aamir does a spending job of the stubborn Father who would let nothing stand in his way of pushing his daughters to greatness, not even his daughters themselves. He once again proves that, Aamir is Aamir.

Geeta Phogat, played by Fatima Sana Shaikh (No its not Priyanka Gandhi) is an absolute treat to watch. Her fight sequences are brilliantly done and she has definitely come a long way from playing the cute lil girl in Chachi 420. This is one girl you don’t want to mess with.

The younger sister, Babita, played by Sanya Malhotra does an equally great job, I kinda wished she had got more screen time but I doubt that would have been possible without making the movie drag.

The sequences between Aamir and the young Geeta Babita played by Zaira Wasim and Suhani Bhatnagar are super cute and funny and will have you grinning on seeing the lil girls try to rebel against their Evil Bapu.

The songs blend in perfectly with the movie and there is hardly a dull moment.

I would definitely recommend this movie for audience of all ages. And those who feel that the tale of a Father imposing his will on his daughters is not inspiring, they can still watch the movie just to see how great Entertainment is produced.

If Bollywood Made Gandhi Film in 2016, Here’s Who We Would Cast!

Those of you who don’t want to watch the movie because it’s an Aamir Khan movie can continue to watch Swami Om Maharaj on Bigg Boss, I seriously don’t think you need to read this or any other review. Just go and watch the movie.

This review was first shared by Darshan Mondkar on his facebook page as a status.

? That should be enough Self Defence for watching and Aamir Khan movie. BMKJ.