It was not just the fans but even the leading actor who got pissed about the strange twist in Tere Sheher Mein – Yes, the twist which nobody was interested in. Yes, I’m talking about the same bizarre twist in which the leading character Amaya Mathur (Hiba Nawab) marries Rama (Rafa Malik)

Interestingly, though the fans and even the actors find the twist utter nonsense the creative writers thought that this twist would increase the TRPs. 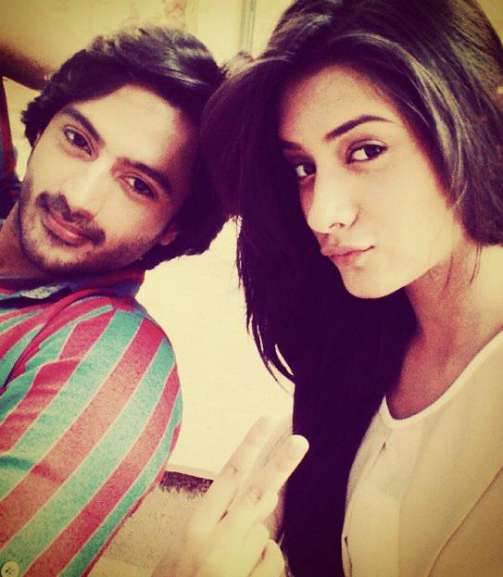 From the initial days, the show was well appreciated by the audience. Next, the show started gaining TRPs after the chemistry between the lead pair Mantu (Dhruv Bhandari) and Amaya (Hiba Nawab) became a major hit. However, Star Plus decided to axe Manmarziyan serial and shifted Tere Sheher Mein at the 10.30pm slot giving way to a new show Sumit Sambhal Lega.

Soon there was a buzz that Rama will not marry Rachita but Amaya. This infuriated the loyal audience of Tere Sheher Mein which remained glued to the TV screen to watch the chemistry and union of ManYa (Mantu – Amaya). Immediately, there was a massive social media uproar and everybody wanted the writers to unite their favorite couple. However, nothing happened and the TRPs declined. It is still declining.

With no scope left in his character Mantu, he decided to quit the show. No wonder, there was hardly anything left for Dhruv Bandhari after the nonsensical twist which ruined not just the show but also several people’s job.

Buzz is that this boring serial will soon go off air. Star Plus has already given the ultimatum to the show. While, we really felt sorry for Dosti Yaariyan, Manmarziyan, we sincerely think that the writers of the serial deserved this. Fools!

Tere Sheher Mein: 5 Reasons Why Mantu and Amaya Must Unite