After completing the last episode of Season 5, I totally endorse all the hype around the most sensational TV Series, Game of Thrones. Though the genre is not comparable but it is probably the most popular TV Series since Friends. Icing on the cake is the fact it is critic’s favorite too. 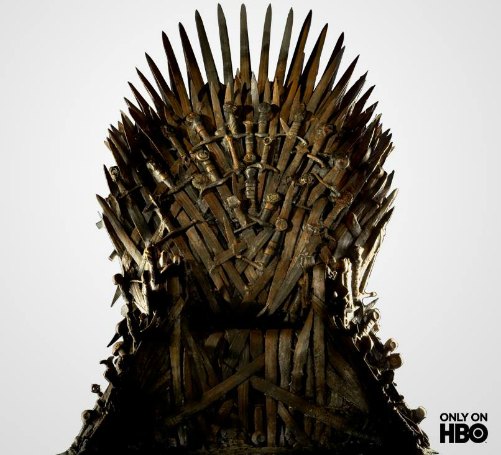 People who watch Game of Thrones would swear by it and those who don’t will definitely be compelled to watch it. Here are 5 Reasons which makes Game of Thrones a totally Awesome Watch.

Based on first book of R.R.Martin’s epic fantasy novel series A Song on Ice and Fire, Game of Thrones is a memorable cinematic adaptation with its own interpretation and twists. The story is set across several geographies of 7 Kingdoms, with each ruler dreaming to take power of mythical land of Westeros. The plot is deliciously complex, with shocking twists waiting at every corner to unfold. Gruesome, bloody and merciless, the plot is not loyal to any of its characters. 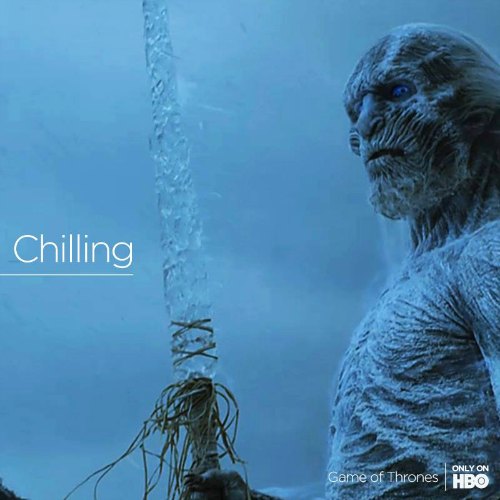 Instead, it offers a concoction of drama, action, sex, super-natural and brilliant back drop music to keep its viewers addicted every season. Each episode, which lasts about an hour, packs with it several punches and the ending, is always a highlight. The finale episodes in each series always raise the bar by many folds and leave the audience gasping for more. The shock factor is the novelty of this series.

Game Of Thrones : Characters and Dialogues

The characters are the heart of the show. The artists performing take it to a different level. Good, Evil and Grey – you have them all, each driven with a motive or a purpose, sometimes personal or mostly political. They all emote so much through their eyes – be it the silence of Jon Snow, the scheming revenge of Cersei, anger of Khaleesi or love of a mother in Catelyn Stark. 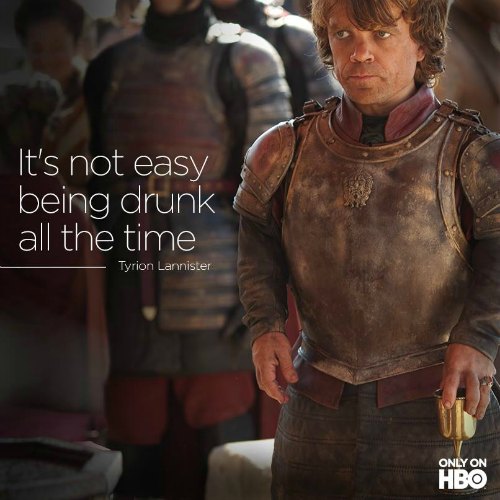 They all are manipulative at some level barring one or two but best part is each bring with them, a unique style and flavor that will compel you to fall in love with them. They are armed by some very powerful dialogues, not always loudly spoken but the underlying profoundness and subtlety is bound to floor you.

That brings me to the most important point. Statutory Warning: Try not to fall in love with the characters because you will never get them back when they die unlike the quintessential Hindi film heroes or leads of Ekta Kapoor Serials. The story-makers are merciless and can go to any extent to keep the shock factor going. Asked the audience and you will know they are still reeling from the grief on death of one of their most favorite characters.

Talking of favorite, my own favorite 5 are – Tyrion Lannister, Cersei Lannister, Daenerys Targaryen, Arya Stark and of course the hugely popular Jon Snow. Each is powerful, independent and ready to look at the larger picture.

Let’s be candid. We all love shows that have elements of the above. This drama fiction too has inter-twined these two elements brilliantly. So be it the dragons of a human mother or the White-walkers, the super-naturalism in the show surely up heaves the thrill factor of the show. 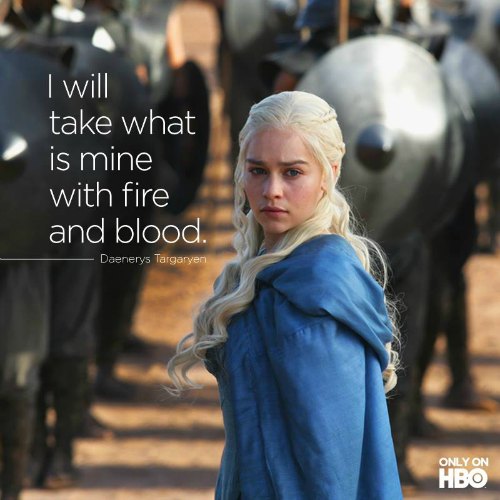 The writer and director of Game Of Thrones use sex as almost a powerful weapon not only to display power but also to execute ulterior motives to take the story forward. As my friend rightly pointed out, it is much more than just mechanical sex. The dialogues in between holds great significance and helps in understanding the characters better. Game of Thrones also addresses two most taboo subjects – Incest and Homosexuality with comfortable ease. Both again play an integral part to the plot and bring about the twists at the right moment in the drama.

The White Walkers look as menacing as the Dragons, and then there is black magic too performed at sacrifice of human lives. You also have the ravens, wolves and horses that are symbolic to the whole story. Like stated before, you have it all, packaged in one box – Game of Thrones.

One of those highlights of the series is the grandeur in terms of the locations, scale of the shots and of course costumes. The stunning locales of Game of Thrones are spread across Croatia, Ireland, Morocco and Iceland, brings in the right feel to the set up, where this epic drama unfolds. 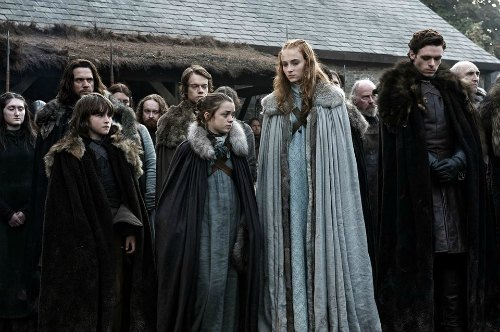 The castle, the architecture, the forests, the river, the sea – every minute detailing is what truly sets apart this series. The cinematography just elevates the whole drama and takes it to the next level. Not to forget the war scenes which look grand in every frame!

Costume in this historical series provides the characters an impetus to create an impact extraordinaire. From the gowns to the robe to the jewelry to the make-up, everything adds to the narrative. The detailing of the embroidery speaks volumes of the brilliant work behind such creations.

The fifth element in the universe of Game of Thrones that harmonize the insanity, the mess, the destruction and eventually the lust for power, is its mesmerizing sound-track. The title track is one of the best you would have ever heard – Its edgy, thrills, haunts and at the same time withers you heart with an underlying melancholy. While the background music has changed from season to season, the renditions are medieval and has complemented the mood of the various scenes be it revenge, suspense or tragedy that unfolded. 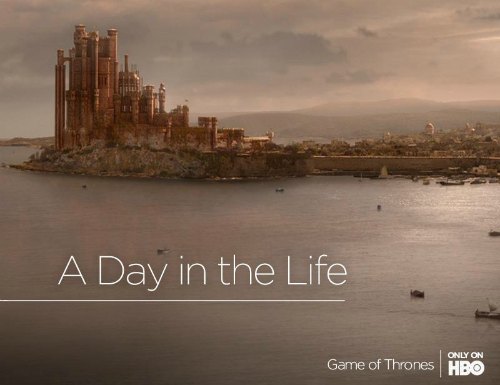 If you are a fan of Game of Thrones, this is memory down the lane and if you haven’t watched, you are definitely missing something in life. And before I end there are some people who need to be thanked for ensuring I watch this American series.

N.B Siddharth Vyas, who marketed the series so much that I was very tempted to watch. Riddhi Doshi and Anushree Vijith who were kind enough to give me all the past seasons raw unedited versions and finally Sushant Shetty who gave interesting insights to understand certain portions.