After the demise of the Soviet Union, the world that emerged, especially in the west, was in the grip of liberal optimism. After decades of bitter rivalry and brinkmanship, Liberal Capitalism emerged victorious in the long battle of ideologies. Emboldened by the final victory of capitalist liberal democracy in ‘the end of history’, many envisaged a rapid proliferation of democracy under the leadership and protection of American ‘Exceptionalism’.

The successful U.S intervention in Yugoslavia in the early 1990s only reaffirmed the notion that America, augmented by its unipolar position, can unilaterally intervene in foreign countries to protect of human rights and liberal values. 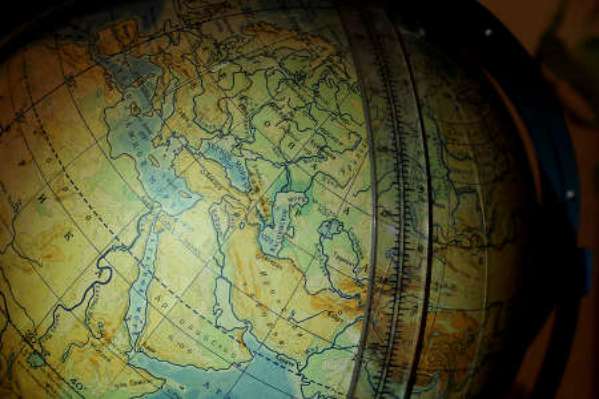 Overconfidence on US’s military and technological superiority led to Geography, with its many features that impediment human efforts, being disregarded. It was assumed that technology has finally cancelled geography. The geostrategies propounded by MacKinder, Mahan and Spykman among others, that shaped the wars and geopolitical rivalries from the 2nd World War to the end of Cold War, were considered obsolete in the new world order that emerged after the breakup of Soviet Union.

It was only after the disastrous interventions in Iraq and Afghanistan that the notion was proved wrong and the significance of geography re-emerged. It was the geographical features of Iraq and Afghanistan, with its resultant ethnic divide, which showed the limits of liberal universalism.

Both Iraq and Afghanistan do not make any geographical sense.Iraq was artificially created by the Anglo-French colonial powers after the end of First World War The Euphrates that cuts Iraq into two has always been a border of sort between the Arab and Persian sphere of influence; but Iraq was created right in the middle of this fault line. Thus Iraq always suffered due to the sectarian mistrust between the Sunnis, Shiites and the Kurds. It is for this very reason that Iraq , for most part of its history, has been ruled by strong dictators who could reign in order, often brutally.

Similarly the map of Afghanistan has very poor  geographical logic. It is a multi ethnic country that sits right in the middle of the frontier between South Asia and the Central Asia. The rugged terrain of Afghanistan also hinders inter-ethnic unity while the boundary of the state divides ethnic nations.

For example the homeland of the Pashtuns, the major ethnic group of Afghanistan, is divided by the very border of Afghanistan. Moreover the rugged and mountainous landscape of Afghanistan provides an umbrella of protection for insurgents and guerrillas (Taliban) where as the dessert flat lands of Iraq is susceptible to external invasions (Islamic State). Thus in the case of Iraq and Afghanistan the geographical features and their implications impede the growth of ethnic harmony and liberal democracy.

From time immemorial, History of man and their nations have played out under the backdrop of geography. Geography, and the very maps that are based on it, can be seen as an open rebuke to the idea of human equality and unity of mankind. Geography which was sidelined in the field of international relations after the end of Cold War, have returned with a vengeance. The liberal optimism of the past decade has subsided and the idea of liberal universalism is dying a slow death as realpolitik and geo-strategy is re-emerging in today’s asymmetrical multi-polar world. It is indeed geography that has marked the culmination of the 2nd cycle in the post cold war era.

Now in the second decade of the 21st century the realm of geopolitics has become asymmetrically multi-polar in nature. With the rise of China and India the world is also witnessing an increasingly belligerent Russia, as at the same time the relative power of United States slowly recedes. With all the major powers present or having strong stakes in the Eurasian continent in a closely linked globalised world, geography will become even more important and geo-strategists of the early 20th century will again make sense. The Chinese penetration of central Asia with Shanghai Co-operation Organization and its ‘tactical’ alliance with Russia can be seen as a manifestation of Mackinder’s Heartland theory, where as the US’s pivot to Asia is more akin to Mahan’s strategy of controlling the seas and the Rim lands of Asia.

Geo strategic considerations will play an integral part in the foreign policies of all the major powers as the great power rivalries intensify in the coming decades. Geographical implications and impediments for a country’s foreign policy are of the utmost importance because unlike leaders, regimes and ideologies, Geography is permanent.