The Gujarat Election has taught some valuable lessons to both Muslims and Congress, and they ought to learn it since ignorance is no longer bliss. A number of political pundits were proven false, including me. Well, that’s the price you pay when your analysis is based on media (social as well a print/TV) and not on ground reports. 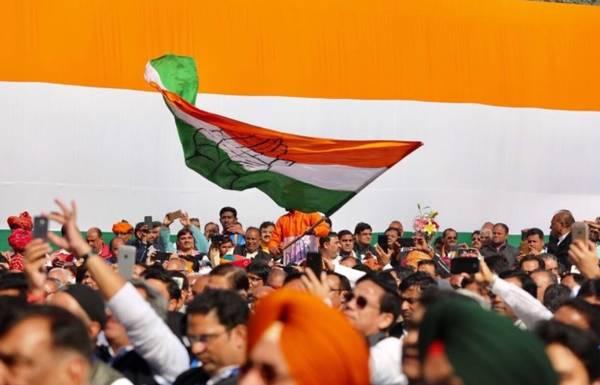 The BJP won, though not as decisively as being projected by exit polls. It was the Muslims of Gujarat who played a decisive role. According to CSDS-Lokniti-

TWO reasons can be attributed to it-

Why did the Muslims ditch Congress?

For this, you need to understand the caste politics of Gujarat.

Gujarat Election and The KHAM factor

Traditionally, KHAM (abbr. for Kshatriya, Harijan, Adivasi and Muslims) had been the backbone of Congress electoral win. They constitute 30% of the Gujarati vote population. The Congress win relied on this. This KHAM alliance (quilted by Congress) orphaned the Patels who constituted 18% of Gujarati population. Rest 32% are OBCs and 20% Upper Caste.

Thus caste politics till the 1980s worked like this-

Then, come the decade of 1990’s. The Patels become anti-Congress (due to Congress patronage of KHAM and Reservations) and the Upper Caste become pro-BJP due to Hindutva and Ram Mandir agitation.

In the 1990s the BJP engineered the KHAM takedown, breaking the age-old political formula of Congress. Modi arrives at the scene, builds a strong alliance of Upper Caste (20%) and OBC (32%) against KHAM. The Patels don’t rally behind him. (It was Modi’s difference with Keshubhai Patel, due to which he was forcefully dispatched from Gujarat to North-East as RSS organizer).

Modi changed the political equations. First, he aligned the Upper Caste (through his Hindutva), then the OBC (through highlighting his own caste affiliation), and finally he broke into the Congress armor and wooed the Adivasi and Harijan voters. The Kshatriyas too parted ways with KHAM.

After arrival Modi, KHAM was broken down. The political vote bank of Congress was broken down. Only Muslims remained who constitute 9% of the population. The Congress took this Muslim vote for granted. It was this OVER CONFIDENCE which cost the Congress dearly this time.

In this election, the Congress aligned itself with the Patidars. It tried to encash upon the anti-incumbency, the negative effects of demonetization and GST. It also tried to woo the Hindu voters through temple visits. But all failed. Why?

They forgot the Muslims. The Congress took Muslim vote for granted. Where were the Muslims, the traditional vote bank of Congress, and their issues during the whole election campaign? After all, we constitute 9% of the Gujarati population.

The Muslims of Gujarat responded –

We are not shoot-yaars. You don’t call upon us, you never raise our issues, never speak a word against the atrocities committed against us, try to please the majority community through temple visits but shy away raising issues concerning Muslim voters (lest Hindu votes would be lost), and still have the audacity to bank upon our votes? We’ve voted you to power so many times, what did you do for us?

I suppose this Gujarat election would be a lesson for both Congress and Muslims.

Whether Congress learns it or not, Muslims must learn – Your allegiance to any political party should be CONDITIONAL. Your votes cannot / should not be taken for granted. You are the largest minority of this nation. Don’t beg. Mobilize yourself. Align with those who raise your issues. The message should be clear- Our vote is CONDITIONAL.