Continued from the History of Islam Part 1 ….(Read the first part here)

Muhammad (pbuh) ever since the first message revealed to him in 610, did not receive any further message for 3 years. During these 3 years, Muhammad (pbuh) gave himself to prayers and meditations. 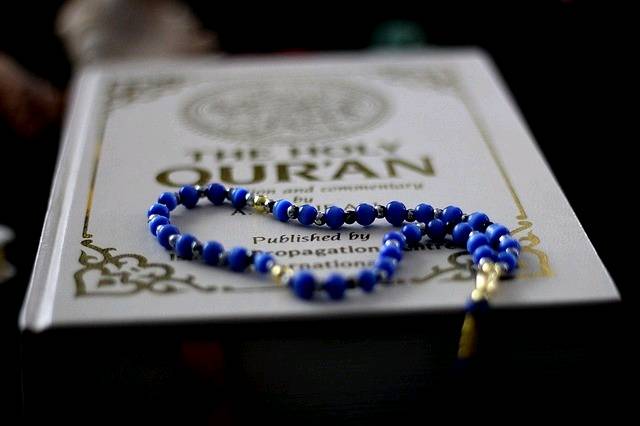 Critics might object to the divinity of the verses revealed to him.

Criticisms should be answered with logic and not fatwas.

My logic on the divinity of those verses in the Holy Quran are:

1) Muhammad (pbuh) was illiterate. He did not know to read / write. How come he suddenly started reciting verses with finesse?

OK, you might argue that it wasn’t Muhammad (pbuh) and that those verses were said by someone else and then recorded. But then, all these things were happening in 7th C. AD and not in B.C. Everything has been documented. And the region was hostile to Muhammad (pbuh) and his followers. The region included Christians and Jews, who could have said / written contrary to what Muhammad was propagating, and thereby expose him.

2) Secondly. The Quran itself poses a challenge to non-believers, that if you are not willing to believe, then do come up with similar verses of your own.

Fourteen centuries have elapsed. Do we have anything similar to the verses contained in the Quran whose influence is so pervasive and permanent? Wouldn’t it be naive to believe that one fourth of the population of the world are stupid enough to be carried away by a pied piper, and are still under his spell even 14 centuries after his death?

3) Thirdly, Quran covers each aspect of society and individual life.

From the economic conduct of a person to the economic institutions of a society, from the political philosophy which should govern the society to ethics which should act as a guide for individual conduct, from rules of war to rules regarding conduct towards prisoners of wars, from explicit and elaborate rules which should govern property matters to rules which govern the conduct of a man towards a woman or vice versa, from rules regarding marriage to rules regarding elaborate provisions of divorce, from moral obligation to take care of orphans, destitute and vulnerables to rules ragarding conduct towards animals, from revolutionary efforts towards estabilishing a just and classless society to giving the rights to women which was unthinkable during those times.

All the above must have taken a person of extraordinary calibre, a person having knowledge of economics, sociology, history, geography, geology, political science and philosophy to deal with each and every aspect of society. Above all, the person was also a warrior who actually fought wars, prepared war strategies and lead his followers.

Muhammad (pbuh) if not a prophet, then was surely an extraordinary man blessed with divine skills. How many have we had such a man till date? And yes, he did not perform magic, but his spell remains.

Note: (1) You are welcome to raise doubts and questions. However, it would be appreciated if they are raised with decency and are not vulgar rants.
(2) I am not a theologist. My understanding towards religion is from social science perspective, with a limited knowledge of scriptures.
(3) Whatever information I am sharing about Islam is based on my readings on it, and is not with the purpose of estabilishing a moral supremacy of one religion over any other.