Muhammad (pbuh), the prophet was born in Mecca in 571AD. Arab, at that point of time was a tribal society.  There were numerous tribes who lived in Arab, and there used to be internecine wars between those tribes. 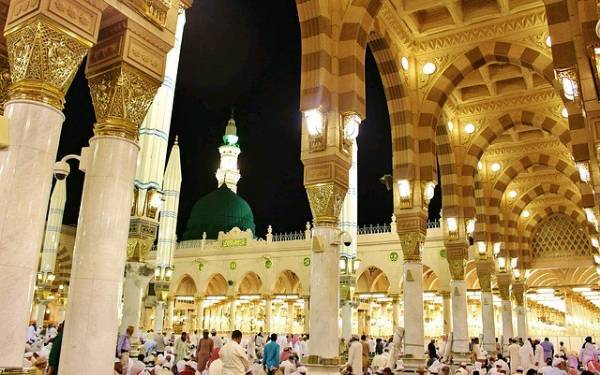 Mecca grew into prominence when a trade route from Syria to Yemen, via Mecca developed because wars disrupted travel through Iraq.

Mecca was religious as well as trade centre.
Each tribe had its own god/goddesses and they used to keep the idols of those gods/goddesses in and around the Ka’ba (black cubicle shrine).

There also used to be an annual fair (Hajj), in which those tribes used to bring their idols and place it inside the Ka’ba and then circumambulate, sometimes naked.

There used to be conflicts amongst the tribes, as to whose god/goddesses would find a place inside the Ka’ba. The society being primitive, tribal feuds were common.

Since these people /tribes did not come under any state, therefore there was no judiciary or a common authority which could adjudicate such conflicts.

Such was the time and the society in which Muhammad (pbuh) was born. He was not born in advanced empires like Jesus, nor was he born in a society which had undergone centuries of philosophical speculation, like Buddha or Mahavira, who were born after the Vedas or Upanishads. (The Upanishads are regarded as the culmination of the Indian philosophical thought).

The Prophet belonged to the tribe of Quraysh, which was the leading tribe of Mecca and which maintained the Ka’ba and benefited monetarily from it. However, he was born of a poor family, whose father (Abd-allah) died even before he was born and his mother (Amina) died when he was only 6 years of age.

He was looked after by his grandfather for two years, after whose death,he came under protection of his uncle, Abu Ta’lib.

Muhammad (pbuh) therefore did not receive any formal education and so was illiterate. However, he used to accompany his uncle for the purpose of trade, and received his wordly knowledge from his fellow travellers.

During one of his visits, a rich widow (Khadija) was impressed by the intellect and honesty of Muhammad (pbuh) and decided to marry him. Khadija was of 40 years, while Muhammad (pbuh) was 15 years younger to her. This was his first marriage.

Muhammad (pbuh) was now a successful businessman, blessed with a loving wife and children through her. All the known sons (Al Qaasim and Abd Allah) and daughters (Zaynab, Ruqayyah, Umm Kulthoom and Faatimah) were born of Khadija, except Ibraheem (who was born of Maariyah). All his sons and daughters, except Faatimah, died during his lifetime.

Muhammad (pbuh) was a seeker of knowledge. He used to reflect upon the philosophies of life, death, God, creation, nature, the forces of nature, societies and conflicts taking place in those societies, the forces which govern societies etc. For this, he used to meditate in Mount Hira.

On one such occasion, in the year 610 AD., Muhammad (pbuh), who was of 40 yrs by now, underwent some spiritual experience, and he felt as if life was being taken out of him. He heard a voice which said “IQRA”, which means ‘recite’.

Muhammad (pbuh) became frightened and said- “I can’t” (Since he was illiterate).

To which Muhammad (pbuh) said- “What shall I recite?”

Then the voice said- “Recite, in the name of Lord who created – created man from a blood-clot. Recite, for the Lord is bountiful, who taught by the pen, taught man what he knew not.”

This was the first verse of Quran, which was revealed during the month of Ramzan.

Muhammad at first was frightened. He didn’t know what to make of this experience. He fell ill for many days. Khadija, after consulting her kinsman Waraqa, told him that God talked to Muhammad the same way God had talked to Moses centuries ago.

The article was first published by Farhan Rahman on his facebook timeline.