The bravery of Porus is well known in Indian history. After all, King Porus had challenged Alexander the Great. So impressed was Alexander that he not only gave his kingdom back to him but also power over the territories in the south-east till the Beas.

Later, Porus was killed by Eudemus – one of the general of Alexander the Great. It is said that his son Malayketu ascended the throne. But was Malayketu Porus’s son? 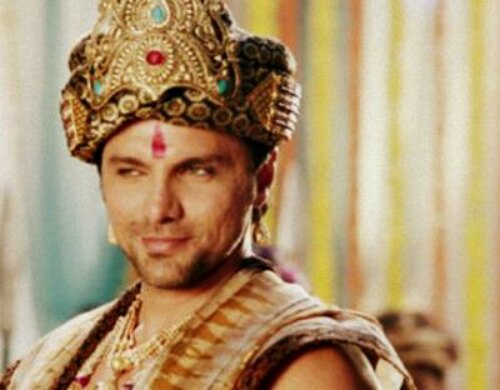 According to Writers, Malayketu was Porus’ Son

Many foreign writers who have covered the story of Alexander and Porus have highlighted that after the death of Porus, his son Malayketu ascended the throne. However, the name Malayketu is used for some other king’s son in the Indian context.

A Sanskrit play by Vishakadatta on the life of Chandragupta narrates a slightly different story. Here, Parvateshwara or Raja Parvatak is a king who joins hands with Chandragupta Maurya and Chanakya to defeat the Nanda king.

However, he is killed by a vish kanya who is actually sent by a Nanda king to kill Chandragupta. Malayketu is Parvatak’s son who ascends the throne after his death. In the serial Chandra Nandni, Malayketu is shown as the son of Parvatak as per this Sanskrit play.

Also See: 5 Facts about the Story of Chandragupta Maurya and Helena

He Joins Hands with Amatya Rakshasa against Chandragupta and Chanakya

After the death of the Nanda king, the son of Parvatak joins hands with Rakshasa against Chandragupta Maurya. However, Chanakya is successful in splitting the two by creating misunderstandings and differences between the two.  The historic basis of this play is supported by Hellenistic sources available.