The serial Ishqbaaz is winning everybody’s heart by its plot, story and twists. While the serial is quite engaging, courtesy, the three Oberoi brothers – Shivaay Singh Oberoi, Omkara Singh Oberoi and Rudra Singh Oberoi, we expect some stunning chemistry and love angle in the upcoming episodes.

Yes, we want to see Shivaay Singh Oberoi and Anika as couple soon – Here are our reasons why: 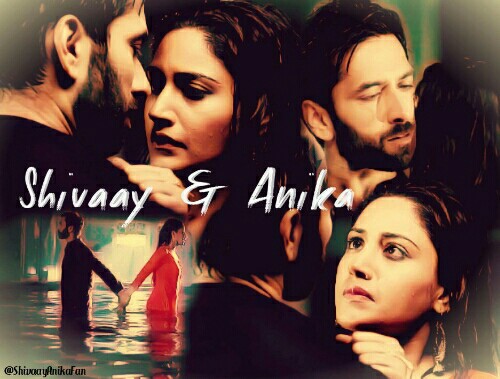 Shivaay Singh Oberoi and Anika Look Great Together in Ishqbaaz

Shivaay and Anika have been fighter cocks ever since they met each other but one can simply not ignore the fact that they look good together. Yes, although Tia and Shivaay are going to marry each other, Tia certainly looks like a mismatch as Anika looks good with Shivaay.

Their verbal fights, their bouts and attacks on each other, the way they constantly run behind each other only shows their building chemistry. Now that we have seen them fighting non-stop, we are eager to watch their love equation.

Shivaay Singh Oberoi and Anika are totally opposite of each other. From their social status to their behavioral traits, everything is contradictory. Their clashing personality is bound to make them fall in love. After all, opposites attract and as viewers we are eager to see them in love. Nevertheless, it would be entertaining to see Shivaay and Anika as a couple in Ishqbaaz.

While Tia looked innocent it seems that she isn’t that nice. After all, the girl is hiding things from Shivaay. Yes, despite sounding genuine and sincere, it now seems that Tia isn’t as honest as we assumed her to be.

Everybody in the Oberoi Family Loves Anika

Though SSO isn’t much fond of Anika currently almost everybody in the Oberoi family adores her very much including Omkara and Rudra. Besides, she is Daadi’s favorite. So in the coming days, when the couple will eventually fall for each other, we are sure almost everybody will support Anika though we doubt whether Shivaay’s mother Pinki will approve the relationship.

This is the reason why we are so eager to see both Shivaay Singh Oberoi (SSO) and Anika as a couple soon in Ishqbaaz. What are your reasons?

Ishqbaaz Update: Who Will End Up With Omkara &#8211; Riddhima or Ishana?

Ishqbaaz Cast – Know the Real Names &#038; Background of the Characters!

5 Reasons Why We are Loving Ishqbaaz Serial