In the serial Ishqbaaz, Tia seems to be a very nice girl who cares and loves Shivaay unconditionally. In fact, the amount of space she gives to Shivaay Singh Oberoi, we thought he is the luckiest guy. However, our views changed when Tia brought an intruder inside the Oberoi mansion and even lied to Shivaay.

While there is a certain mystery to Tia’s character in the serial, we wonder what is her real intention in the serial Ishqbaaz. 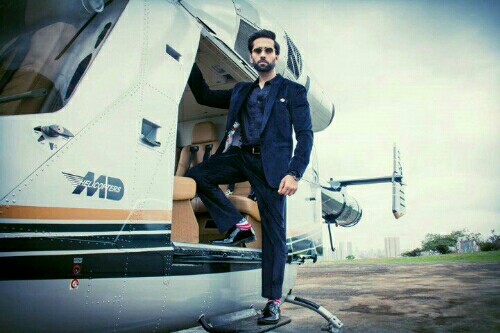 Tia’s Mother Mrs. Kapoor Wants the Wedding to take Place under Any Circumstances

While, Tia is playing cool, Mrs. Kapoor, her mother is behind everybody to wind up the wedding as soon as possible. Though every mother wants to see her daughter in the bridal getup, it looks like Mrs. Kapoor has some ulterior motives behind getting the two married. No wonder, the lady said if Shivaay doesn’t agree for the wedding they will have to look for other options too.

Going by Mrs. Kapoor’s behavior and anticipation, it looks like the lady is eyeing Shivaay’s property only. This is the reason why she keeps on telling Tia about how to get close to Shivaay. You never know the plan of Mrs. Kapoor to marry Tia to Shivaay is only money. Now that we are expecting the entry of Shivaay’s rival soon we hope we get to know behind the mystery soon.

Perhaps Tia is In Love with Someone Else

Marrying one rich guy while loving another is a common plan of several TV antagonists. While it is still not clear whether TV is a negative character we sense that there can be a possibility that Tia might already have a lover and she is marrying Shivaay only for the sake of her mother as her mother wants her to marry rich and successful. The intruder who entered the Oberoi mansion that day can be possibly her lover.

Besides, now that we know Annika is paired with Shivaay Singh Oberoi, Tia has to make an exit. We wonder, what the makers of the serial Ishqbaaz have planned. Will Tia turn out to be a fraud? Will she confess that she never loved Shivaay or will Shivaay himself expose the Kapoors?

5 Reasons Why We Want to See Shivaay Singh Oberoi & Anika as Couple asap!