Often we wonder – if Lord Hanuman was very courageous and powerful then why didn’t he kill Vali at once to save his friend Sugriv? Why did he wait for Lord Rama to eliminate Vali from Sugriv’s path?

While the question is genuine and valid, the answer is not one but many. Here we share the various reasons why Sri Hanuman didn’t kill Bali – 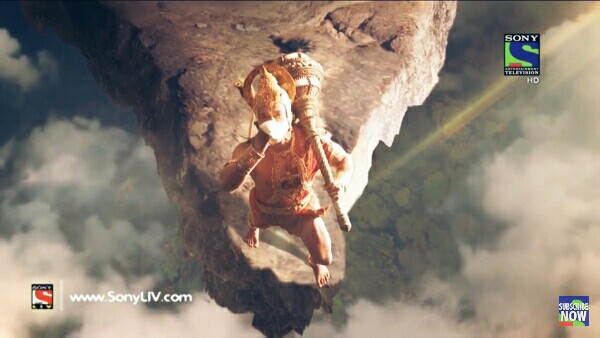 Lord Hanuman Was Oblivious To his Own Strength

Sri Hanuman was once cursed in his childhood for his mischievous deeds by a sage. The curse made him forget his own powers. Yes, it made him oblivious to his own prowess and strength until another person made him remind his own abilities.

If Shri Hanuman would have remembered his strength and abilities, he would have surely made an attempt to lock his horns with the aggressive and powerful Vali. It was Jambavanth who reminded Hanuman of his abilities later.

Bali was Lord Rama’s devotee. He was a good man, his only mistake was that he had abducted Sugriva’s wife Ruma in his presence. This was a social stigma and Sugriva had to fight with Bali to get back his wife. Now that Sugriv was required to participate in the war all by himself as it was his personal battle, Shri Hanuman didn’t interfere between the brothers, despite having divine powers.

Moreover, Lord Rama, an incarnation of Lord Vishnu, had the sole aim to save humanity from such people. So, Hanuman, who had a great vision refrained from fighting Vali for the same reason.

Vali wasn’t Hanuman’s enemy or vice versa. In fact, Bali had even offered Shri Hanuman the prime ministerial position if he abandons Sugriva. Ramayana has transcripts between Vali and Hanuman. Though Sri Hanuman doesn’t fight Bali directly, he safeguards Sugreeva from Bali by becoming his shield. Also, a war between Bali and Shri Hanuman would have been everlasting and inconclusive, perhaps that is why he would have avoided it completely.

Mahaveer Hanuman Was A Karma Yogi

Hanuman was Sugriv’s minister. Being intelligent, he knew that if he defeats Bali singlehandedly and hand over the Kingdom to Sugriva, he would not like the same, as Hanuman was ‘just’ his minister. Accepting such a gift from a minister would be viewed below his dignity – making him look weak.  This is the reason why Mahaveer Hanuman remained silent all throughout and tried to protect and safeguard Sugreeva by following him and becoming his shield.

On the contrary, accepting help from another king or a prince (king to be) would have been a different matter. This is the reason why Sri Hanuman gladly accepts the proposal of Sri Lakshman and even arranges a meeting with Sugriv as he knew Lord Rama could easily slay Bali and help Sugriv in his mission.

Also Read: Know Why Lord Hanuman Was Much Much Powerful Than King Bali

Even though King Bali was very powerful and had the boon of extracting half of his enemies strength, he was nowhere equal to Sri Hanuman. No wonder, besides some exemplary powers, Hanuman ji possessed in him the quality of inducing fear in his enemies. Moreover, Sri Hanuman is Shiva’s Rudra Avatar.

However, Lord Hanuman doesn’t hurt or kill Bali because he knew it isn’t his role to punish him for his crimes, only Lord Vishnu’s avatar whose sole purpose was to end cruelty had taken birth on earth to kill kings like Bali and Ravana.