Dhana Nand of the Nanda dynasty that ruled the Magadh Empire has been a prominent name in the Indian history. One of the powerful rulers of the pre-classical times, his story of wealth, torment and animosity with Chanakya and Chandragupta Maurya is what makes him known to the world. However, here we would shed some light more on his background and early life. 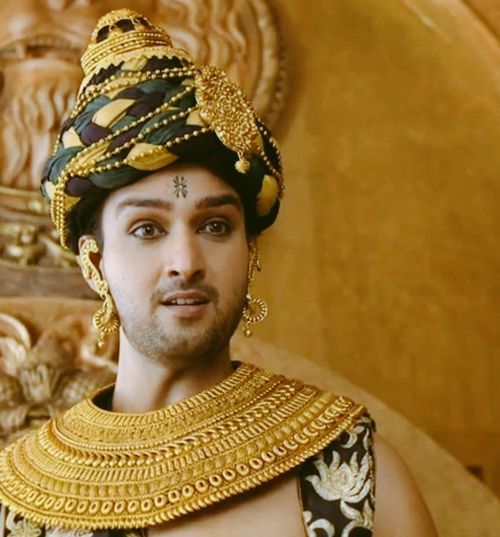 Dhana Nand was the son of Mahapadma Nanda who was the son of a king named Mahanandin and his shudra wife/concubine. Mahanandin was the last king of the Shishunga dynasty. Since, Mahapadma Nand was from a lower strata wife, he knew he would never become a king and so he killed all his brothers from other mothers and became the king. This was the end of the Shishunga dynasty and beginning of the Nanda dynasty.

According to Roman historian Curtis and some Jain illustrations, it is believed that Dhana Nand’s grandfather was a barber and his grandmother was a courtesan. He somehow got closed to the queen and with her help and influence killed the King. Next, he acted as the guardian to the royal children but killed them all only to make his children sit on the throne. This is how Dhana Nand’s father Mahapadma Nand became the king after which Dhana Nand could become the heir of his throne.

Though Dhana Nand was one of the most powerful kings of his time, the foundation of his prosperous dynasty was laid down by his father Maha Padma Nand. It was he who began to build one of the biggest Empire of North India which his son Dhana Nanda expanded. During that era, the Nandas had 3,000 war elephants, 20,000 cavalry, 2000 war chariots and 2 lakh infantry.

Back then only Kshatriyas became the king and Nandas weren’t kshatriyas. So, the hatred for kshatriyas was quite prevalent in them. Both, his father and Dhana Nanda went on to destroy the Kshatriya kingdoms. They are also infamous for extorting their subjects financially.

Dhana Nand Was the Last King of the Nanda Empire

The Nanda Empire started with his father and ended under his reign. However, not before expanding his rule till Bihar and Bengal in the east to Punjab and Sindh in the west. When Alexander entered India, Dhana Nand’s kingdom was the strongest, both, wealth wise and strength wise. This is the reason why Acharya Chanakya came to seek his help in protecting the country from foreign invaders. However, instead of listening to Chanakya, Dhana Nanda insulted him which became the very reason of his death.

The Death of Dhana Nand aka Napit Nand

Age of the Nandas and Mauryas by Nilakanta Sastri

Political History of Ancient India: From the Accession of Parikshit to the Extinction of the Gupta Dynasty by H.C. Raychaudhuri and B.N. Mukherjee