Pet Care – At some stage of your pet’s life, the eyes of the pet will require attention. Injury, infection or degenerations through ageing all can affect the eyeball itself, the lining of the eyelids or the eyelids.

The eyelids function to protect the eyeball and can therefore, sustain injury or infection before the eye itself. Injuries to the lids often occur as a result of fighting and often require suturing. In old dogs small irregular growths often develop on the margins of the eyelids and can eventually grow to such a size that they begin to rub on the surface of the eye. They should be removed before too much damage is done to the cornea. 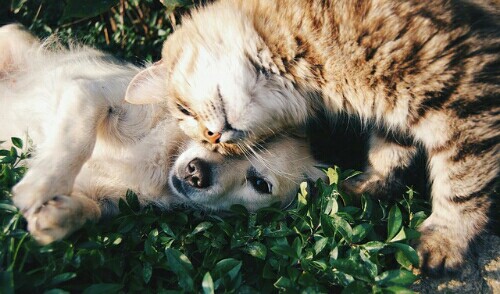 Pet Care: Types of Disease of Eyes in Pets

A chronic weeping eye develops which can be extremely uncomfortable for the dog. The condition is called entropion and is more common in Labradors, Chow Chows, bull dogs, Irish setters and golden retrievers. Entropion also occurs in cats, particularly in Persians.

Surgical correction is required. A small strip of skin and underlying muscle is removed beneath the affected eyelid and the wound sutured in such a way as to straighten the margin of the eyelids. The operation is commonly done in young animals but occasionally entropion occurs in the older animal, probably as a result of the degeneration of the superficial muscles below the skin.

The conjunctiva is the fold of skin between the inner aspect of the eyelids and the eyeball. Normally this structure is pink and moistened with tears. It reacts to injury or infection by becoming swollen and its blood supply increases, producing the familiar picture of conjunctivitis.

Everything About Conjunctivitis in Pet Animals

Infections affecting the conjunctiva are usually local and are of bacterial origin. Occasionally conjunctivitis is a symptom of a generalised infection, such as distemper.

Infections of the conjunctiva can also be caused by a virus and it is these infections which can cause the veterinarian much frustration, as it sometimes takes weeks for the animal to overcome them. Cats, in particular, are prone to viral conjunctivitis as the common viruses causing feline influenza also attack the eye.

As with humans, it is not uncommon to encounter sudden allergic manifestations producing dramatic swellings of the conjunctiva. These often occur in the spring and are presumably as a result of allergies to certain types of pollen.

Sudden painful swellings in one eye causing the animal to keep the eye tightly closed should make one suspect a foreign body, probably a grass seed.

These can lodge under the eyelid or behind the third eyelid in such a way as to be impossible to detect until the eye can be thoroughly examined with the aid of a local anaesthetic.

The cornea is the tough clear covering of the eyeball. Changes in the physical condition of this structure are very apparent and are usually associated with a bluish discolouration. Injuries to the cornea are usually caused by sharp objects such as sticks or a cat’s claws. Wounds of the eye particularly associated with bleeding and tight closing of the eyelids should be investigated without delay. Most wounds can be repaired if treated promptly.

Infections of the cornea frequently result in a local ulceration of the surface of the cornea which must be treated vigorously to prevent a rupturing of the structure and loss of the fluid contents of the inside of the eye.

Owners of ageing animals frequently notice a whitish opacity developing inside the pupil of the eye and being more apparent in dim light. This is a degeneration of the lens protein or cataract. The crystalline lens is invisible in the normal eye but as the protein material of the structure ages, it becomes more opaque and amidst less light to the back of the eye. In humans, this opaque lens is eventually extracted and replaced with a lens in front of the eye in the form of glasses.

Unfortunately, in our animals, degenerations of the lens material are usually associated with a degeneration of the optic nerves at the back of the eye so that removal of the lens does not restore much sight, and it is often considered best not to subject the old animal to major surgery when little will be gained.

Occasionally cataracts occur in young animals, sometimes as a result of injury and resultant dislocation of the lens. In these cases, a cataract operation is performed and some sight is restored. The animal’s ability to focus moving objects or adapt to different light conditions is not restored.

These are the types of eye diseases in Pet animals that one must know for Pet Care.

Pet Care: Know How To Treat Diabetes in Dogs!!!

Facebook Comments
About Natalia Moore 5 Articles
As a pet-lover/owner, health researcher and blogger, Natalia spends her time learning, discovering, and sharing useful tips on Everyday Life Tips. She also loves to read, write, and travel with her dogs!