The history of Porus is quite popular. After all, his tales of bravery and valor is well documented in the Greek history post the battle of Hydaspes (Jhelum) where he fought to defend his motherland. However, although his story is known, there is a mystery about his early life and background. We have no idea about his childhood, his family and other relative facts encompassing his life. 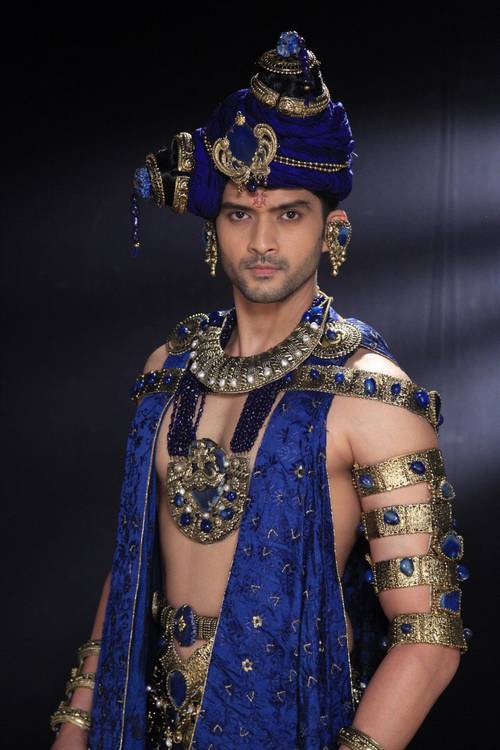 Nevertheless, Sony TV through the serial Porus is attempting to take us back into his life right from the young days of his parents’. The only fault in the story is that it isn’t real but fictional. Going by the plot of the serial, we shall share everything about Porus’ father King Bamni – His early life, his family life, his background and other prominent facts.

King Bamni is a Paurava King

Bamni (Aditya Redijj) is the king of the Paurav Rashtra whose region lies at the bank of river Jhelum. His ancestors are same as that of the Puru tribe mentioned in Rig Veda. So, going by this inference, King Bharat is his ancestor. He is an independent ruler and his kingdom is quite rich which is envied by many including some foreigners.

He has an Older Brother Shivdutt, who is his weakness

Bamni though a king of the Paurava kingdom isn’t the elder of the brothers. Interestingly, he has an older brother named Shivdutt. Unlike Bamni, his brother Shivdutt is quite aggressive as well as impulsive in spite being Amatya of the Pauravas. In the serial, Bamni’s older brother Shivdutt seems to be effeminate who shares a strange bond of hatred for Takshashila. He can go any miles to take revenge from Takshahshila. However, at the same time, he loves his brother Bamni immensely.

Although the two kingdoms – Paurava and Taxila are a nemesis, Taxila princess marries Bamni when he proposes her. The marriage is a political alliance to curb the animosity of Paurava and Taxila. However, despite the effort, nothing seems to change between Taxila’s king Ambhi or Paurava’s Shivdutt Shri. They keep on conspiring against each other.

Porus is the son of King Bamni and Queen Anusuya

Though historical documents do not tell anything about Porus’ parents, here in the fictional story, Bamni and Queen Anusuya are his parents. Interestingly, when Porus is born, Bamni himself is injured and unconscious by the conspiracy plotted by Anusuya’s brother Ambhi, the King of Takshashila.

Also Read: Everything you wanted to know about Porus

In the serial, Bamni has two wives – the first is Queen Anusuya and the second is Queen Kadika. Together they also have a son named Prince Kanishk. So, Prince Kanishk becomes the younger brother of Porus.

Now that there are many angles surrounding King Bamni, it would be interesting to see how this fictional character goes on to play an important role in the life of Porus and his upbringing.