Ramdev Baba just got featured on the cover of India Today magazine and he is in the news everywhere.

Well, he has been photographed in a way that can make anybody keep on thinking.

Here’s the photoshoot I’m talking about –

After you flip the cover of #IndiaToday, you see #BabaRamdev doing this! pic.twitter.com/YnzOGhrAVi

Baba Ramdev trying to spell A.
For Adani. pic.twitter.com/06VN3i2NCc

Baba Ramdev was at Olympics in 2012. Sickular media won't show. No Gymnastic medal because of racism 🙁 pic.twitter.com/lZYRcQu4nF

Baba Ramdev showing how Pokemonasan helps us to find out the most popular pokemons around us. pic.twitter.com/e2cLpzSarX

While, everybody is thinking whether the team of India Today was smoking weed to show Ramdev Baba in such a way on the cover page, the photographer Bandeep Singh has his own views on the same. He has penned down an entire article on the same on DailyO – 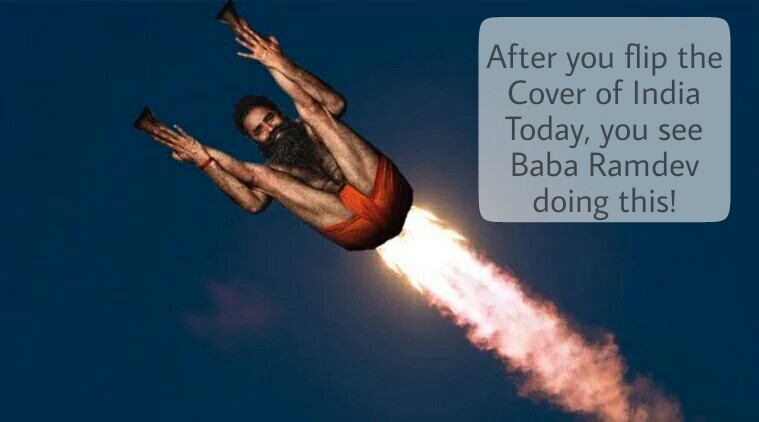